Report: Canada's Prisons Are Hell For the Elderly 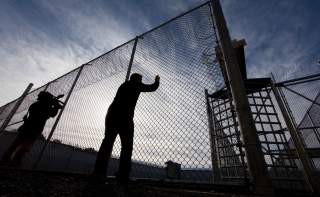 Incidents like these have no place in any federal prison. But they are particularly concerning when reported from a provincially recognized hospital designated to imprison people who are aging or living with serious mental health issues.

This appalling act is described in the Annual Report of the Office of the Correctional Investigator (OCI) that was recently tabled in Parliament.

The report paints a bleak picture of life in Canadian penitentiaries: a rising number of homicides and use-of-force incidents, and the highest occurrence of violence among prisoners in a decade.

In 2018-19, the OCI was called 24,798 times to provide institutional oversight and investigate complaints made by prisoners.

Though telling, the volume of calls to the OCI should be read as only a tiny indicator of the actual breadth and depth of human suffering ongoing in Canadian penitentiaries considering the number of prisoners who never pick up the phone to report mistreatment.

At Millhaven Regional Treatment Centre, 28 per cent of use-of-force incidents were deemed by the correctional investigator as “unnecessary or inappropriate.” This is far above the national average of 13 per cent.

Use of force was reviewed at New Brunswick’s Atlantic Institution as well. The use of pepper spray was reported 167 times at the facility — the highest recorded in all Correctional Service of Canada (CSC) institutions.

The OCI reports an “over-reliance” on pepper spray as commonplace throughout the CSC. The use of a “high-intensity canister that sprays pepper spray up to 45 metres” is inhumane and should not be tolerated in any Canadian jails, prisons or penitentiaries.

These spikes in violence and use of force are indicative of a larger problem: a defensive institutional culture which is resistant to change. In 2018, following the appointment of Anne Kelly as Commissioner of Corrections, her office was mandated to enact comprehensive changes and increased accountability within CSC. This appointment offered hope that change may be in reach.

However, as noted by the correctional investigator, the issues reported to his office “run counter” to the vision outlined in the public mandate of the commissioner of corrections. Meaningful change appears to be stalled.

Prisoners have their say

Jarrod Shook and I are dialogue editors at the Journal of Prisoners on Prisons, a prisoner-written, peer-reviewed, academically oriented journal. The journal features an ongoing Dialogue on the Canadian Carceral State written by people incarcerated in Canadian penitentiaries.

Over the past three years, contributors to the dialogue on Canadian penitentiaries have raised many of the same issues highlighted in the most recent OCI report; notably, the nutritionally inadequate “cook-chill” food preparation system, poor health care, a lack of meaningful employment opportunities and barriers to release planning.

In a forthcoming April issue, our contributors reflect on the previous Liberal justice mandate. They express frustration with the slew of repeat recommendations from reports like the correctional investigator’s and other oversight pathways.

As recommendations repeat over time with few meaningful changes to the everyday lives of federally incarcerated people, prisoners continue to suffer and die in unlivable conditions.

Naturally, the correctional investigator yet again calls on CSC to implement recommendations made by his office in past reports. He highlights the recommendations on aging and palliative prisoners, federally sentenced women and the use of force.

This year’s report shows the inability of CSC to meet the needs of the growing number of federal prisoners who are Indigenous, aging and living with mental health issues. In response, the OCI made several recommendations to reduce the use of incarceration to decrease the populations at these dysfunctional facilities.

We commend the Correctional Investigator’s recommendations to expand release opportunities for aging and palliative prisoners, reduce the high representation of Indigenous people in federal custody and provide alternatives to incarceration for people with mental health issues.

But we must echo the recommendation of incarcerated contributors to the Dialogue on the Canadian Carceral State to reduce and eventually eliminate the use of the inhumane practice of imprisonment altogether.

Sarah Speight is a PhD student in Geography at L’Université d’Ottawa/University of Ottawa.

This piece was co-written with Jarrod Shook, an undergraduate criminology student at University of Ottawa, and a member of the Journal of Prisoners on Prisons editoral team.

Image: A view of gates to an exercise yard for inmates at Kingston Penitentiary in Kingston, Ontario October 11, 2013. REUTERS/Fred Thornhill