Report: China Aims to Defeat the U.S. In a War 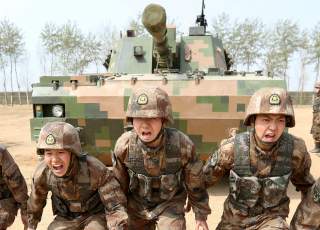 China's military isn't just aiming for mere parity or deterrence with the U.S., but rather military victory in a potential Sino-American war.

"The PLA [People's Liberation Army] is focused not merely on competing with the United States or other nations as a goal in and of itself, but instead on competing as a means to achieving the policy outcomes identified by the CCP [Communist Party of China] -- deterring U.S. intervention and defeating the U.S. military if the United States and China do come into open conflict," writes RAND Corp. researcher Scott Harold in a new study.