The Republican Party Is Transforming Right Before Our Very Eyes 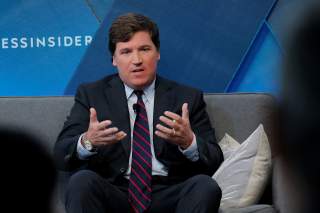 What is the future of conservatism in America?

That was the subject of consideration last week as scholars, thinkers, and attendees gathered at the National Conservatism conference in Washington, D.C. Speakers gave special focus to the future of America and conservatism in the age of Trump.

Though speakers differed in their definitions of “nationalism” and what policies are needed for the future, they agreed on several big themes: National sovereignty is a huge issue of growing importance around the world, identity politics erodes national unity, and cultural issues are ascendant.

Perhaps most importantly, the conference highlighted how both major parties failed to address the concerns of a huge swath of voters, which led to the election of Donald Trump.

How We Got Here

Salena Zito, a Washington Examiner columnist and co-author of “The Great Revolt: Inside the Populist Coalition Reshaping American Politics,” said the most important thing that she’s learned through her reporting is that “what happened in 2016, Donald Trump did not cause. He is the result of it.”

Party leaders, the media, and America’s elite entirely missed the warning signs that a huge electoral shakeup was coming.

Zito said she realized something was changing in America back in 2006 when Democrats swept the midterm elections during the presidency of George W. Bush. Social conservatives who felt disconnected from the Republican Party over the Iraq War and the party’s economic policies turned out for the Democratic Party to send a message.

Yet these voters were soon disappointed by the Democrats who went on to spend an enormous amount on programs like the Troubled Asset Relief Program (or TARP), “Cash for Clunkers,” various bailouts, the economic stimulus, and Obamacare.

These voters threw out the Democrats in 2010 in another wave election.

These signs should have been a warning, Zito said, that a huge electoral shakeup was coming for a presidential candidate who could tap into this populist energy. Ultimately, it was Trump who filled that void.

This populist angst wasn’t new to America, Zito said. In the 1890s, America went through a similar set of convulsive wave elections as the country dealt with the economic changes brought on by the Industrial Revolution, and voters sought answers from their leaders.

Many voters today face a similar economic anxiety as the technological revolution reshapes the economy. American society has also been rocked by cultural dissolution, such as the erosion of families and the opioid epidemic.

While the dominant narrative is that these voters are “angry,” this isn’t really the case, Zito said. Many of Trump’s voters were doing fine economically and socially and were personally content.

What these voters were looking for was leaders who affirmed “the dignity of work” and emphasized the community, Zito said. These voters looked around and saw their communities disintegrating.

The populist-conservative coalition that brought Trump to the presidency in 2016 is here to stay, she said.

“It is ripe with opportunity for conservatives from the old guard to bring them together with the ideas and ideals that are important to you, but it is also ripe with opportunities for them to show you what life has been like outside of the major urban centers,” Zito said.

As many speakers at the conference noted, a major source of national disintegration and anxiety is the rise of identity politics, which threatens the idea of “e pluribus unum,” or “out of many, one.”

The left has maligned the concept of the “nation,” an idea that has been a source for much good, several speakers noted. The nation has not only enabled human flourishing, but has often placed an important check on to tribalism.

Critics of nationalism, noted Mary Eberstadt, a writer and fellow at the Hoover Institution, have offered no real alternative as a way to organize society.

Eberstadt asked in her remarks, “What, after all, is an alternative to nationalism?”

“The net effect of this relentless identitarian propaganda is to encourage passive resignation in the American people,” Azerrad said. “The goal is to get us to believe that identity politics is the engine that drives history with a capital ‘H,’ and that we must all submit to it.”

“To put it simply, identity politics is fundamentally incompatible with the idea of a nation,” Azerrad said.

The end result of it will be disunity and tribalism, he added. The only way to counteract this inevitability is to “accentuate our common ties as Americans.”

To counter the advance of identity politics, Azerrad suggested taking cues from Trump: We should boldly confront “identitarian fanaticism” and give a “spirited defense of civic nationalism.”

The conference, in part, focused on setting national conservatism apart from other kinds of “conservatism,” especially libertarianism. Many of the speakers advocated government intervention to address certain societal problems in a way that libertarians tend to reject.

“I believe that conservatives have outsourced our economic and domestic policy thinking to libertarians,” Vance said. “… What I’m going after in my talk is this view that so long as public outcomes and social goods are produced by free individual choices, we shouldn’t be too concerned about what those goods ultimately produce.”

In his remarks, Carlson said: “The main threat to your ability to live your life as you choose does not come from the government anymore, but it comes from the private sector.”

There was also some clear disagreement among the panelists about how to define “national conservatism.”

Yoram Hazony, author of “The Virtue of Nationalism,” explained why he believes it is necessary to restore nationalism as a vital, positive concept and expressed skepticism toward abstract or universal ideas as the basis for politics.

Hazony defined “national conservatives” as people who are “united in rejecting the idea of universal liberal empire,” and who reject the lens that views the world in terms of an economics of individualism, where political problems are reduced to economic theory.

The real political world, according to Hazony, is not simply comprised of atomized “free-choosing individuals.”

Not everyone shared this exact account of “nationalism,” though.

Charles Kesler, a professor of government at Claremont-McKenna College in California, said that defining nationalism or national conservatism involves some paradoxes and gave some critiques of Hazony’s perspective.

Kesler argued that national tradition is simply not enough to carry the nation forward, that ideas still matter in how we define a positive kind of nationalism.

When nationalism is turned into an “ism,” Kesler said, “you are tending to diminish the distinctiveness of each nation.”

America, for instance, has a distinct history and creedal elements that set it apart from Europe, Kesler said. He argued that it’s impossible to separate America’s national self from its creedal nature, and it would be unwise to do so.

Kesler set himself apart from those who would define America purely on the basis of an idea or on a culture.

After all, Kesler said, the American founding rejected certain Anglo-Protestant cultural traditions—it did away with kings, lords, and an established national church—even though some cultural norms, like the English language, were preserved.

The American creed developed organically from within, but also over against the predominant Anglo-American culture.

“The Revolution justified itself ultimately by an appeal to human nature, not to culture,” Kesler said. “And in the name of human nature and the American people, and God as supreme creator and lawgiver, judge, and executive, the revolutionaries set out to form an American union with its own culture.”

The cultural approach to natural identity, Kesler said, ultimately runs into problems if one doesn’t make distinctions between cultures.

Today, liberalism has set itself against America’s founding ideas. Progressives have jettisoned the timeless creed of the founding and adopted an evolving doctrine of progress.

To defeat this progressivism, America needs not just a tribal or national identity, but a cultural one.

“The American creed is the capstone of American identity, but it requires a culture to sustain it,” Kesler concluded. “And our task as national conservatives–nationalist conservatives–is to recognize the indispensability of the creed but also the absolute necessity of a hospitable culture, which combined with political wisdom can help shape a people to live up to its own principles.”