Research Reveals That Hyper-Realistic Masks are Difficult to Spot 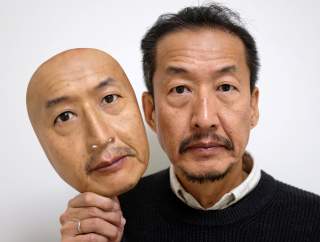 It’s easy to spot someone wearing a mask, right? Well, new research suggests that it can be much harder than you think.

Masks are a great way to help actors get into character and scare young children at Halloween. Unfortunately, they can also help criminals to commit identity fraud. Hyper-realistic silicone masks of the kind that get torn off in Tom Cruise’s Mission: Impossible movies are being are being used to commit identity crimes.

These masks are incredibly detailed, complete with hair, freckles and wrinkles. They cover the head and chest of the wearer, and include holes for the eyes and mouth which blend seamlessly with the wearer’s skin to create a lifelike appearance.

There have been a number of prominent cases of people successfully using these masks to fool others. In 2010, CNN reported that an Asian man in his twenties passed through Hong Kong Passport Control undetected, despite wearing a mask that disguised him as an elderly white man which resembled the individual in his stolen passport. He was only detected when a fellow traveller noticed that he had removed the mask during his flight to Canada. The mask wearer was apprehended by the police on landing.

In 2016, in a widely reported story, an African American man was arrested after being identified from CCTV as the assailant in a bank robbery. It turned out to be a case of mistaken identity, however. It later transpired that the bank robber was in fact a white man wearing a mask. The true perpetrator was only caught when his girlfriend phoned the police to say that she had found a hyper-realistic mask and a bag of money in his closet, after which the police finally put two and two together.

More recently, in 2019, the BBC ran a report entitled, “The fake French minister in a silicone mask who stole millions”. Here, identity fraudsters used a hyper-realistic mask to mimic France’s minister of defence, Jean-Yves Le Drian, as they sought money from people in a hostage scam. It was estimated that the scheme defrauded individuals of around £70 million. The suspect was only rumbled after a linguistic slip of the tongue in which he used the word “vous” rather than “tu” during a conversation.

These real-world cases show that hyper-realistic silicone masks are believable enough to provide a viable route to identity fraud. But perhaps these fraudsters just got lucky. Perhaps hyper-realistic masks are usually much harder to get away with. Rob Jenkins research group and Mike Burton’s FaceVar lab from the University of York, set out to address this question. Across several studies, they showed that detecting people wearing hyper-realistic masks in photographs and from memory was indeed extremely difficult.

But what about up close in a real-world border control context? In new research published in the academic journal Perception, Jenkins and his team created a mock airport border control scenario during a public engagement event at the London Science Museum, which included a “traveller” wearing a hyper-realistic mask. Members of the public were asked a series of graded questions to assess whether they had detected that the individual sitting just two metres in front of them was wearing a mask.

Finally, at the end of the test, participants were told about hyper-realistic mask fraud and asked explicitly whether or not the traveller was wearing such a mask. Remarkably, 10% of participants still failed to detect that the individual in front of them was wearing a mask.

It was remarkable that mask detection rates were so low. And interestingly, even those participants who did detect the mask after being asked explicitly, provided nuanced reasons for their decisions. That is, rather than all of a sudden realising “ah yes, this is quite obviously a mask!”, they reported things like “well, the hairline doesn’t look quite right”, or ‘"there is a lack of expression".

Our study will add to concerns that these masks are a route to identity fraud. The task now is to find ways to improve people’s rates of detecting when someone is wearing a mask. Some people are much better than others at distinguishing masks from real faces. That opens the door to personnel selection and training.