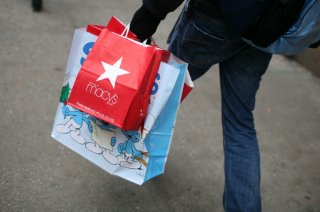 Despite all sorts of uncertainty related to the economy, inflation, and other factors, retail sales surged this holiday season, according to a new report.

According to Mastercard SpendingPulse, holiday retail sales jumped 8.5 percent year-over-year, with online sales jumping even more, to the tune of 11 percent. And while those numbers are compared to the pandemic year of 2020, total retail sales jumped 10.7 percent from 2019, while e-commerce sales jumped 61.4 percent vs. 2019. The latter was seen by Mastercard as an indication that consumers, at this stage of the pandemic, “enjoy the ease of holiday browsing and buying in the comfort of their own homes.”

The SpendingPulse survey defines the holiday season as between November 1 and Christmas Eve. It also found that consumers continued to shop early, especially in reaction to early Black Friday promotions, with Black Friday itself the top spending day of the season.

“Shoppers were eager to secure their gifts ahead of the retail rush, with conversations surrounding supply chain and labor supply issues sending consumers online and to stores in droves,” Steve Sadove, senior advisor for Mastercard and former CEO and Chairman of Saks Incorporated, said in the release. “Consumers splurged throughout the season, with apparel and department stores experiencing strong growth as shoppers sought to put their best-dressed foot forward.”

The Mastercard survey is not to be confused with the government’s monthly retail sales figures, which are released by the Census Bureau. The December figures are not yet out, but in November, retail sales rose 0.3 percent, which was less than expected.

“This year’s holiday season will be more expensive for consumers than 2020, perhaps 30% more as some predict, but despite that, people are still shopping and spending,”Jonathan Silver, CEO and founder of Affinity Solutions, told U.S. News and World Report after the November report’s release. “That’s a good sign of a strong economy as we move into the new year.”

Meanwhile, the National Retail Federation, in a forecast at the start of December, predicted a strong holiday shopping season, possibly even exceeding the group’s earlier forecast from October of this year that retail sales for November and December 2021 would increase by between 8.5 percent and 10.5 percent.

“Consumers and retailers have both revised their playbooks and broken with previous traditions,” NRF Chief Economist Jack Kleinhenz said in the December 3 release. “With the momentum we’ve seen so far likely to continue, it seems probable that we will exceed our initial projection.”