Rethinking the Military Life Cycle in a Time of COVID-19 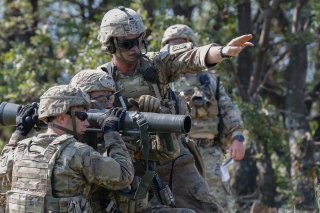 As part of the Department of Defense’s (DoD) ongoing efforts to help “flatten the curve” of COVID-19 transmissions within its ranks, Secretary of Defense Mark Esper recently extended the existing “stop-movement” order for service members, their families, and DoD civilians from May 11 to June 30, but with some important caveats.

Under the revised order, which impacts “permanent change of station” or PCS moves, military commanders are now authorized to “consider either in-place assignment extensions or the applicability of waivers for PCS moves” for military families with school-age children. This begs the obvious question: could these in-place assignment extensions or waivers be granted to a larger share of the military population, both in response to the COVID-19 crisis but also more generally? In other words, is now a good time to reconsider the frequency of military moves?

The logic for targeted in-place extensions makes sense during this crisis, not only in terms of taking care of military families but also for retaining experience within military units—an important consideration if readiness ever becomes a concern. But absent a crisis or special circumstance, service members are expected to PCS roughly every two to three years or upon completion of their assignments.

In fact, according to a 2018 RAND study, approximately one-third of all active duty service members conduct a PCS move each year, which usually includes moving service members’ dependents, their household goods, and sometimes their vehicles. Such moves come at a steep financial cost. A 2015 Government Accountability Office report states that PCS moves alone cost DoD approximately $4.3 billion a year—a cost that has risen steadily since 2001.

The rationale for such relatively frequent moves is varied. For officers and enlisted service members alike, military moves allow for everything from career-enhancing professional schooling and job opportunities, to filling critical vacancies and balancing talent across units. Apart from these typical considerations, new assignments offer service members an opportunity to start fresh and build skills in a new job.

But frequent moves also come at a cost that extends well beyond financial concerns. According to retired Marine four-star general John Allen, “For most of my career I received permanent change of station orders every two years. It never gave me the chance to do what I wanted or could do in my units. It was operationally very disruptive. As a family, we were constantly packing and unpacking.”

Indeed, for military units, turning over roughly one-third of their workforce each year almost always results in a performance dip. Imagine a professional football or soccer team experiencing such a high turnover rate. Though talent and experience abound, it would nonetheless take time for the new players to learn all of the plays—and each other—for the team to operate at peak performance. Military organizations are no different in this respect, and success on the “field” depends in equal measure on knowing your job and trusting one another.

For military families, the costs are even greater. In the military advocacy group Blue Star Families’ Annual Military Family Lifestyle Survey, one of the top “stressors” is frequent relocation. The effects of moving are obvious: Spouses either struggle to find employment, or, once they do get a job, they work below their “pay grade” and must give up the job after only one or two years. Results also showed that 40% of families made the choice to geographically separate from their service member due to a civilian job—meaning a spouse “stayed put” for a job while the service member moved to his next duty station.

Children’s education and stability also take a hit with frequent military moves. A 2017 Military Times poll reported a significant number of service members choosing to leave the military due to dissatisfaction with children’s education. Families either want to remain at one duty station where local schools are good or relieve their children of the stressful rigmarole of changing schools so frequently—especially during the academically important high school years. In order to give their kids academic stability, 30 percent of military families reported living apart from their service members. Under the current PCS model, military kids change schools up to nine times before 12th grade.

Though PCS moves remain an inevitable and necessary feature of military life, there are ways to dampen their impact on military families, as well as the units who shoulder the burden of high turnovers during the summer “PCS season.”

Army colonel Jason Gresh at the Center for Strategic and International Studies recently recommended extending assignments from roughly two to three years out to perhaps four to five years. We agree. Not only would such an extension reduce annual unit turnovers from roughly 33 percent down to 25 percent or even 20 percent, but it would also provide service members and their families with predictability and stability. Fewer military families would then feel compelled to make the difficult choice to live apart due to spouse employment or schooling considerations.

Extending assignment lengths cannot happen at the expense of unit readiness. Readiness requires balancing talent across units and filling critical capability gaps as they emerge—a requirement that may force moves. However, with the congressionally authorized Base Realignment and Closure or BRAC process resulting in the consolidation of U.S. military units on fewer, larger installations, re-balancing formations may be possible without having to move.

A new policy would also need to consider career progression and schooling requirements that keep service members competitive for advancement, though more consideration should be given to remote learning environments that avoid costly PCS moves in one-year increments. The net effect of this new policy would mean greater stability for military families while retaining experience within our military formations for longer periods.

The reasoning behind such frequent moves is reflective of a military that in many respects no longer exists. It is time we base personnel policy on the armed forces, and the American society, of today.

Col. Thomas Burke is an Army Federal Executive Fellow and Michael O’Hanlon is a Senior Fellow and Director of Research for Foreign Policy, both at the Brookings Institution. Frances Tilney Burke is a Visiting Research Fellow at the American Enterprise Institute.