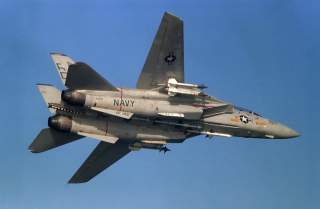 The attack was a success. The killing blow came when the F-14s guided Air Force F-15Es as they dropped 5,000-pound bunker-buster bombs to wipe out the underground bunker. Today VF-154 flies F/A-18F Super Hornets.