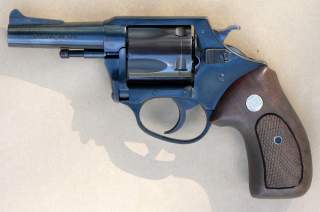 The .38 Special pistol can handle +P ammunition, with a five-round cylinder and comfortable rubber grips. The Model 85 is seven ounces heavier than the LCR but, unlike Ruger’s compact revolver, has a hammer allowing for single-action operation.

The revolver concept was preceded by the so-called “pepperbox” handgun, which used multiple barrels to arm an individual with multiple ready-to-fire bullets. This was later refined to the revolver concept, which saved weight by using a single barrel served by a revolving, cylindrical magazine holding six or more bullets. Although semiautomatic pistols have overtaken revolvers on the U.S. market, there are several good revolver designs that command attention. Simpler, less prone to jamming and capable of firing more powerful ammunition than the semiautomatic, revolvers still have their place.