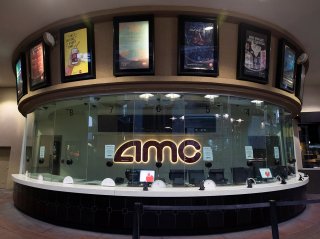 The coronavirus pandemic, and the way it has reordered movies away from the multiplex and toward the home, have led to a lot of conversations about the future of film exhibition, and what it means for Hollywood studios once movie theaters reopen.

While many high-profile movie releases have been pushed back to the fall, or even 2021, many studios have instead moved their films to premium video-on-demand channels, with some such as “Trolls World Tour” even emerging as hits. Other movies have been sold by studios to streaming services—such as Greyhound, which was set for a Sony release—instead arrived on Apple TV+ earlier this month. Disney, meanwhile, moved Hamilton from a planned theatrical release in the fall of 2021 to a Disney+ bow on July 3.

The PVOD releases have mostly cost $20 to rent, although some releases, such as “Virtual Cinema” presentations put out by arthouse theaters, have cost $12 or even less.

But what would customers pay for the ability to watch new movies at home all the time? For some, it’s quite a bit more than that-but there’s a clear generational divide.

According to data released this week by Hub Entertainment Research, and cited by Cord Cutters News, more than 60 percent of those 18 to 34 who were surveyed “would be willing to pay extra to stream a just released movie.”

However, it was a different story for older respondents, with only 12 percent of those over 35 showing any interest.

A few efforts were made, pre-coronavirus, to make it possible for customers to stream new movies at home. The Screening Room, from Napster co-founder Sean Parker, got a ton of media attention in 2016, for a model that would charge customers $150 for a set-top box and $50 per movie. The company failed to secure industry buy-in and never launched, although it re-emerged earlier this year under the name SR Labs, while short on details about whether its business model is the same as before.

Two other companies, Prima Cinema and Red Carpet Films, offer a similar model at a much higher end, with Prima Cinema offering $35,000 for the setup, and $500 per movie.

Any such scheme would likely run into trouble with the movie exhibition industry, whose major chains have long refused to carry Netflix or Amazon movies with short release windows, and who have threatened boycotts of Universal Pictures over the “Trolls World Tour” release.