RIP Russia's Stealth Fighter: Why the Su-57 Is In Serious Trouble 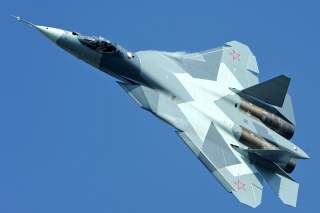 Russia's Su-57 Stealth Fighter in Syria: “This Is Testing in Actual War"