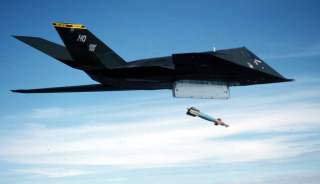 Key point: The Servian commander who downed the F-117 in question was better-studied and motivated than his counterparts.