RIP Xfinity: Will Netflix and Coronavirus Team up to Kill Cable TV Forever? 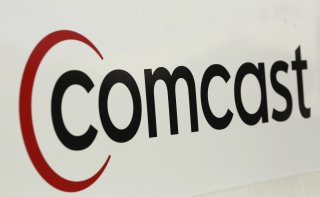 The figures don’t lie: cable TV is in deep trouble, with the number of traditional pay-TV households steadily declining every year. A Coronavirus-induced economic downturn could pose the latest threat to traditional TV, sparking renewed interest in cheaper and better streaming services.

There were 90.3 million traditional pay-TV households in 2018. According to a report by NoCable, that number dropped to 86.5 million in 2019 and is expected to go all the way down to 82.9 million in 2020. The numbers speak to a downward trend of around 4 million per year, and that’s before the Coronavirus pandemic. The long-term prospects for cable TV are even grimmer now--market analysts warn that the sudden lack of sports content and the early effects of a looming recession will accelerate the already-deep decline of cable TV subscriptions.

What will former cable customers do instead?

Depending on their budgets and preferences, some will become what’s known as non-pay TV households, simply meaning that they no longer pay for TV services of any kind. Many more, however, will become cord-cutters: consumers who transitioned from cable TV to one or more options from a growing bevy of streaming services. In fact, streaming sites are one of the few businesses that will not see a decline from the coronavirus--to the contrary, demand for online streaming has surged to the point where Netflix, Youtube, Apple TV, and Amazon Prime Video have already taken measures to reduce streaming traffic at the behest of the European Union.

Streaming services offer a number of key benefits. Whereas cable TV is tied to a specific TV unit, you can stream content from virtually any smart device including phones, tablets, and laptops; there is also no more fiddling with DVR’s, as all streaming content is backward-accessible at all times. As the Coronavirus continues to roil the US economy, streaming is also generally more affordable than cable TV, offering flexible plans for you to get the most bang for your buck by paying only what you need.

Netflix is by far the most popular streaming site at over 60 million US subscribers. In what may be a foreshadowing of how content will be consumed in a post-Coronavirus world, one Hollywood film is already ditching theatres to debut on Netflix instead. Still, Netflix is far from the only streaming service to see an upsurge in traffic due to the pandemic. Whereas Netflix specializes in movies and mainline TV shows, cord-cutters seeking a well-rounded TV experience that’s more akin to the cable world they left behind would be more at home with live TV streaming options like Sling, AT&T Watch TV, and Youtube TV.

For cable providers, the writing has been on the wall for quite some time: cable tv households are dwindling in number, and the ones that remain are increasingly watching less TV--meanwhile, streaming service subscription and utilization rates are skyrocketing. This is a fairly old trend, but there is little question that the Coronavirus is accelerating the imminent demise of Cable TV.