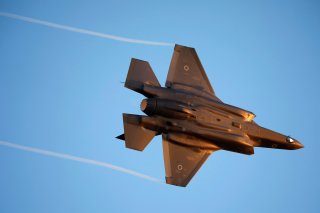 America’s role in the world and its relations with China and Russia took center stage at the Vice-Presidential debate. The candidates hit on the broad threats these countries pose to U.S. national security, but ignored their growing military and nonmilitary influence in the Middle East. Washington can compete with this predatory influence by providing its partners with coveted American financial investments and military hardware.

Even before Trump’s term in office, Moscow began leveraging its involvement in the Syrian and Libyan civil wars to become a significant regional player. Beyond saving Bashar al-Assad, Russia used its presence in Syria to counter U.S. support for rebels and push the narrative that the United States cannot act with impunity. Russian weapons sales have also helped it grow relations with the Gulf States, Iraq, and Egypt, both of which receive billions of dollars in military support from the United States every year.

Meanwhile, China’s strategy is to build political, economic, and military power through investments in the region’s critical infrastructure and innovative technologies. China seeks to steal intellectual property through covert hacking and espionage. More overt actions include construction projects at critical civilian infrastructure, including a terminal at Israel’s Haifa Port, and coercive investments in companies that develop technologies with both commercial and military uses, like semiconductors, drones, satellites, and even gaming software. Beijing directs how Chinese companies invest abroad so that it can steal these capabilities and provide them to its own military. China also established its first overseas naval port in Djibouti near U.S. facilities. These moves are all part of the Belt and Road Initiative to force foreign markets—and, therefore, economic and political influence—back to China.

While these threats are potent, neither Russia nor China is seeking to copy the size of the U.S. military presence in the Middle East. Instead, they look for pragmatic ways to maximize influence and capabilities that they can use on the global stage. Keeping their goals limited allows both to claim easier successes and play both sides of regional conflicts.

Middle Eastern countries also have an interest in playing great-power nations against one another to achieve better deals. For example, Russia and Turkey, a U.S. NATO ally, are on opposite sides of the Syrian and Libyan conflicts, but Moscow still sells arms to Ankara. Likewise, Russia and China have political and economic relations with both Israel and Iran, perhaps the region’s most heated rivalry.

Indeed, great-power competition in the Middle East exists in parallel to growing aggression by Iran. Moscow and Beijing are Iran’s biggest protectors globally and often veto harmful resolutions at the UN Security Council. This summer, a leaked draft of a $400 billion trade and military agreement between Beijing and Tehran would dent the Trump administration’s campaign of economic sanctions against Iran.

Going forward, America should neither chase Russia nor China’s advancements in the Middle East with an expanded military presence nor retrench from the region as proponents of ending “endless wars” would demand. Some critics claim America’s regional posture is unnecessary because Russia’s military adventures could bog them down, much as the United States has been for the past two decades. Others bemoan China’s ability to free ride on America securing economic markets.

These points are worth keeping in mind. However, they do not change the current fact that a U.S. presence is still necessary to check Iranian aggression, fight terrorism, and ensure the free flow of energy and commerce through highly trafficked international waterways.

Instead, U.S. policy should maintain its strong presence on bases throughout the Middle East while improving its reliable partners’ capacity to take greater responsibility for regional security.

To deter aggression, U.S. partners need advanced military capabilities they can use in coordination with U.S. forces.

Israel has repeatedly proved itself to be America’s most capable regional partner through hundreds of successful attacks on Iran and its proxies. The United States should help Israel procure the precision-guided munitions and advanced aircraft, such as additional F-35s, it needs to conduct these attacks, deter future aggression, and prepare for looming conflict with Iran. Currently, the United States provides Israel military aid in even annual increments based on the Obama administration’s Memorandum of Understanding to provide $38 billion over ten years. Frontloading this aid so Israel has more access to funds upfront would enable it to purchase these crucial systems earlier without adding any cost to the American taxpayer.

At the same time, U.S. leadership should build on the ground-breaking Israel-UAE and Israel-Bahrain normalization deals to better integrate the region’s political, economic, and security networks. As Israel and the Gulf States negotiate additional agreements, Congress should expand funding for projects that benefit regional economies and drive critical supply chains away from Chinese and Russian investment. For example, the U.S. International Development Finance Corporation (DFC) began operations in 2019. It can provide funding without the strong-arm demands and risks of intellectual property theft from Chinese and Russian investment.

Even as the United States focuses more on the Asia-Pacific and Eastern Europe, it should provide its Middle East partners with alternatives to Chinese and Russian military hardware and investment. America’s challenge is to encourage nations to partner with it over China and Russia without unsympathetically trampling over their particular needs or prematurely forcing them to pick sides. Striking this balance will be crucial.