Robotics Are Making Iran's Military More Dangerous Than Ever 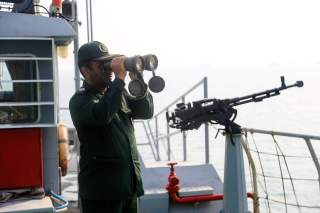