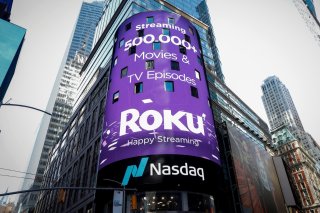 Roku released its quarterly earnings this week, with revenue of $865.3 million short of expectations of $894 million, per CNBC. The earnings announcement led shares to fall by 20 percent to their lowest level since the early days of the pandemic.

Revenue did, however, rise 33 percent year over year in the fourth quarter, although the growth was lower than the 81 percent growth in the second quarter and 51 percent in the third. The company also issued a guidance of the equivalent of 25 percent revenue growth for the next quarter. The smaller growth was attributed by the company to continuing supply chain shortages.

The company now has 60.1 million active accounts, while the Roku OS was the top streaming operating system in the United States in 2021.

“Roku’s founding vision remains true: All TV and all TV advertising will be streamed. Almost every major media company is reorienting its business around streaming and has launched a flagship service, spending billions on content and marketing to attract and retain subscribers. At the same time, with the significant gap that exists between viewership and ad budgets, we are still in the early days of the secular shift to streaming,” Roku said in the company’s shareholders letter.

A report earlier Thursday stated that Roku was considering jumping into TV production themselves, rather than rely on partner manufacturers, and had even convened focus groups to discuss the idea.

Founder and CEO Anthony Wood addressed that on the company’s earnings call, and neither confirmed nor denied the earlier reports.

“In terms of us making our own TV, there are rumors around that. We don't speculate on rumors. I'll just point out that the Roku TV program is a big area of investment for us,” Wood said. “It's been super successful. And we're successful not just because we have a great purpose-built operating system for TV, but we also are a great partner for manufacturers of TVs. We offer a full-stack solution and are really very helpful for them in growing their smart TV market share. So that's some thoughts on Roku TV and supply chain.”

If Roku makes a move into TV manufacturing, it’s not clear where it would be done, or whether that would be instead of its current partnerships or in addition to them.

Roku is one of the companies that was hugely successful during the quarantine phase of the pandemic, with large numbers of people stuck and home and therefore using their product a lot more than usual. The challenge for Roku, along with Netflix, Peloton, and others, will be to find a way to adjust to the post-pandemic reality going forward.