The Royal Navy Is Smaller Today, but It Still Has Nuclear Missile Submarines 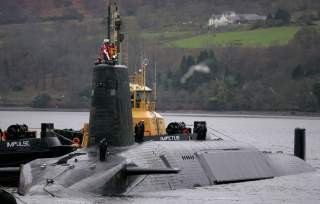 Key point: London might not be willing to spend a ton of money on a large, high-tech fleet but it still has boomers. These nuclear submarines are vital to ensuring the survival of the United Kingdom.