Ruger: The 5 Best Guns from One of the World's Best Arms Manufactures 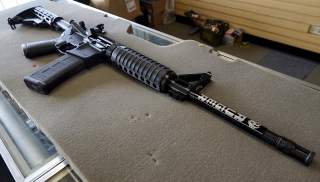