Ruger P94: The Most Underrated Gun to Ever Fire a Shot? 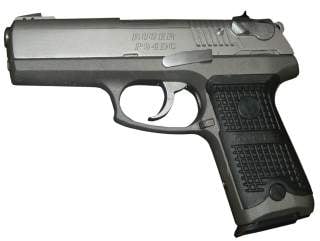 The slide in particular, which looked like something from a 1940s-era handgun, became more monolithic and plain-looking—and in this case, plain was definitely better. The ribbed grip panels, which looked antiquated in the 1980s, were replaced with a more contemporary waffle pattern.

In 1994, Ruger came out with the P94 handgun. The P94 represented a maturation of the P-series design that benefited from seven years of being on the market. The gun’s blocky features were trimmed back quite a bit, resulting in a sleeker, more modern-looking weapon. The slide in particular, which looked like something from a 1940s-era handgun, became more monolithic and plain-looking—and in this case, plain was definitely better. The ribbed grip panels, which looked antiquated in the 1980s, were replaced with a more contemporary waffle pattern.