Ruger's Mini-14: Most Underappreciated Rifle on the Planet? 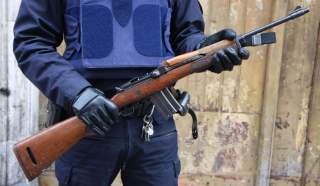