Rural America Can't Get Fios or Xfinity Gigabit Internet. They Have Satellite. 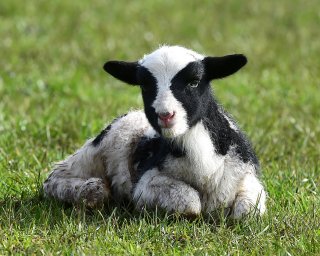 During this current pandemic, many American students and workers have been confined to their respective homes. Logging onto the internet to work or take classes remotely is relatively easy for those who live in cities or the suburbs.

What often gets lost in this particular narrative are the people in rural areas, as they continue to struggle to gain access to reliable internet service. These days, internet access is no longer seen as a luxury item, but more of a way of life. Some might even argue that it should be as important as the electrical grid.

To be able to confidently work and take classes from home, experts suggest internet speeds of at least 25 Mbps, but with many rural Americans only having access to satellite internet, those lofty speeds might be unattainable.

More troubling is that many satellite internet users are saddled with high ping rates, which quantify the reaction time of a connection between computers. Lower the ping, the faster the response. This is only natural for satellite internet because signal speeds are bound by the speed of light. Those signals must be sent out to an orbiting satellite thousands of miles away above Earth and then back again.

There are efforts, however, underway to improve satellite internet. Just last week, the FCC approved SpaceX to deploy up to 1 million small antennas for the Starlink internet network, which would enable the Elon Musk-led company to offer new high-speed internet service from space.

Starlink is SpaceX’s ambitious plan to build an interconnected network of about 12,000 small satellites. With such a vast infrastructure orbiting Earth, it will be able to provide high-speed internet to anywhere on the planet.

During an interview last month, Musk said: “It looks like a UFO on a stick. It’s very important that you don’t need a specialist to install. The goal is for ... just two instructions and they can be done in either order: Point at sky, plug in.”

Musk added that Starlink is intended for 3 percent of the “hardest to reach customers” in rural areas where “5G is really not well-suited.” Starlink aims to eventually provide high-speed internet that boasts latency below 20 milliseconds.

There are also efforts underway closer to the ground. Two federal government programs -- USDA’s ReConnect Program and FCC’s Rural Digital Opportunity Fund (RDOF) -- seek to greatly improve rural internet access via resources from the private sector. The ReConnect program has already given out over $600 million to 31 states and territories, with the chief objective of providing high-speed internet to more than 150,000 households. Meantime, RDOF has promised $20 billion over 10 years to financially back high-speed broadband networks in the most-ignored rural areas.

Let’s hope that these brilliant endeavors continue till every American has unbridled access to high-speed internet.