Rural America Would Suffer if DirecTV or Dish Network Disappeared 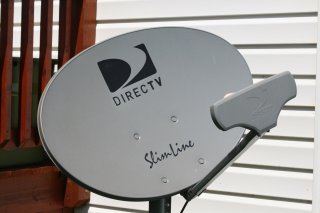 The precipitous fall in subscriber numbers for both Dish and DirecTV has now been well documented. In fact, if both of these satellite TV providers disappeared right now, most would likely just shrug their shoulders and get back to their Netflix programming.

What often gets lost in this particular narrative is that people in rural America would suffer a great deal, as they don’t have access to reliable cable tv, and more importantly, high-speed internet that most urban folks take for granted.

And during this current health pandemic, it has been doubly important to get these rural areas more internet access for both work and education. To be able to confidently work and take classes from home, experts suggest internet speeds of at least 25 Mbps, but many rural areas can’t come close to those lofty speeds.

Equipment rentals like satellite dishes are part of the downfall of satellite TV providers. These days, streaming alternatives like Netflix and Hulu or cheap streaming players like Roku and Amazon Fire TV Stick have made those unsightly dishes a thing of the past. If you already can seamlessly stream, why go through the hassle of installing that piece of metal on your roof?

DirecTV was initially launched in 1994 as a way for rural customers to get TV in areas not covered by cable. Satellite TV providers may now have to solely focus on those areas again, because that’s where the only business will likely come from. And unless there is a quick fix in getting high-speed internet to rural America, these folks will have to continue to rely on satellite TV to get their entertainment fix.

Although it will certainly take time, but there are efforts underway to improve internet access for all. Recently, the FCC approved SpaceX to deploy up to 1 million small antennas for the Starlink internet network, which would enable the Elon Musk-led company to offer new high-speed internet service from space.

The ReConnect program has already given out over $600 million to 31 states and territories, with the chief objective of providing high-speed internet to more than 150,000 households. Meantime, RDOF has promised $20 billion over 10 years to financially back high-speed broadband networks in the most-ignored rural areas.