Russia’s Strategy of Reconquering the Arctic 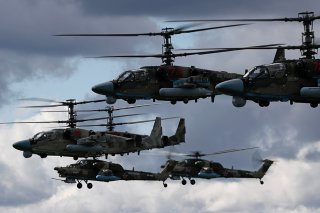 While the COVID-19 pandemic has of late garnered most of the world’s attention, in the Far North, Russia has one ambition: “to reconquer the Arctic.” The Arctic is not the new geopolitical pivot point of the twenty-first century, but it will be one of the balance shifters in the global equilibrium of power. Russian president Vladimir Putin promulgated in early March the “Basic Principles of Russian Federation State Policy in the Arctic in 2035.” The new policy document outlines Russia’s Arctic interests, goals and implementation mechanisms over the next fifteen years. Russia continues to be interested in cooperating in the Arctic region to advance its regional leadership and economic agenda. The policy calls for a strong militarization of the region which will only happen through substantial investments, which comes at the expense of its relations with Western countries. It appears that Russia plans to continue a campaign of harsh rhetoric regarding security challenges in the Arctic region, while also boosting its military capabilities.

The Arctic remains a stronghold of Russian sovereignty. In 2021, the Russian Federation will take over the presidency of the Arctic Council for a period of two years. This presidency will be crucial for Russia’s strategy of resubjugating, though not reintegrating the international community amidst the context of deteriorating relations with the West. The international situation affords Russia time to concentrate on domestic reforms and allow Putin to focus on restoring Russia’s self-defined rightful role abroad. Moscow’s Arctic strategy has three objectives. First the region represents a place for Russia to reaffirm its prestige and its status as a great power, emphasizing dialogue and international cooperation rather than confrontation. Secondly, for its own security, Russia wants to reaffirm its territorial sovereignty by securing the transport routes while preparing for potential threats in the high seas or on the continental. Finally, Russia wants to revive the economy in the Far North, which represents 11 percent of its GDP.

Perceptions of threats and projections of power constitute major elements in the Arctic security debate. The Arctic does not face a real risk of conflict, but nonetheless is a legitimate security concern. Moscow has invested heavily in the militarization of the region since 2007. Moscow now houses two thirds of its nuclear weapons there, and the Kola Peninsula alone hosts most of its nuclear submarines, as well as its anti-aircraft and anti-ship arsenal. Since 2015, MiG 31 interceptor planes and Su-34 tactical bombers have been positioned there which provides them greater proximity to the U.S. mainland. At the same time, strategic bombers are again patrolling Russia’s borders with NATO. The escalation of tensions is always a possibility due to the risks of false positives and erroneous assessments as previously observed in early 2019 when Moscow simulated an attack on the Globus-II radar in Vardo (Norway) funded by the United States.

Since 2014, approximately fifteen Russian air bases have been reopened along the Northern Sea Route, three of which are equipped with long, medium and short-range missiles. The main sites are the Nagurskoye airbase on Franz Josef Land, the Temp base on Kotelny Island and the Rogatchevo base on the Novaya Zemlya archipelago. The northern fleet has not only been reinforced by several ships, but Russia has also planned to add a Poseidon unmanned nuclear submarine vehicle (UUV), and Tsirkon hypersonic anti-ship missiles. In addition, Russia is also planning to develop new missile systems specifically designed for use in the Arctic. Russia has also invested in other types of infrastructure. It has developed its radio electronic security capabilities by establishing two new centers in the Murmansk region and in Kamchatka, in order to maintain its superiority in radar surveillance of the Arctic. Moscow has also invested in drones, used to assist with navigation and coastal surveillance, and has begun construction of a trans-Arctic fiber optic capable to better connect its military installations. Russia’s remilitarization of its Arctic capacities continues to be fundamentally defensive in design, primarily focusing on maintaining control of Russia’s own territory. Such measures are also intended to deter the potential influence of neighboring NATO countries which could be interpreted as offensive in today’s geopolitical environment.

In 2014, Russian military doctrine explicitly mentions “the protection of national interests in the Arctic as one of the priorities” of the Russian armed forces. And to carry out its ambitious policy, the Ministry of Defense set up a “unified strategic command of the North,” last year.

Despite the stagnation of the Russian economy, Arctic investments are numerous, and not only on the defense side. This implies human and financial investments that Russia cannot fully assume under current social and budgetary conditions. However, the Arctic presents a concrete example of the resilience of Russian public policies in areas deemed strategic. Funds are limited but therefore are carefully targeted in areas considered crucial to Russia’s ability to assert its power. In defense the Russian Navy suffers the most as it lacks sufficient funds to renew ships and extend the life span of their military shipbuilding sector.

Russia’s remilitarization of the Arctic border has proven successful. In ten years, Russia succeeded in establishing a military and paramilitary presence in the region. This despite the extreme conditions, the reduced budgets and the typical dysfunctions of the Russian military sector, namely production delays, corruption and the sometimes-poor quality of products.

This success had, however, a setback on the international scene. It was done at the cost of exacerbating tensions with Western countries. Moscow continues to view the world through its fear of being confined in the periphery of international decision making. The growing competition for regional influence in the Arctic also puts Moscow on a potential confrontation course with Washington. Russia’s new map of the Arctic, which is taking shape creates uncertainties, depending on how the actors will face potential escalations and will know how to keep a climate of international confidence in the region. Russia’s strategic thinking on the Arctic has a long-term perspective. For Moscow, the Arctic is not its back door, but it's potentially a twenty-first century front door.

Although Russia’s foreign policy is fundamentally reactive in nature, Moscow’s approach to the Arctic is pro-active. The regional military system put in place by Moscow is more defensive than offensive. In particular, the reconstruction of Arctic capacities remains on Russian territory. However, Russia’s strategy poses risks of tension, as these measures also aim to deter potential influences from NATO neighbors and in the current context, can be interpreted as being more offensive. Russia’s Arctic policy illustrates the resilience of its public policies in areas deemed strategic. Budgets are certainly limited due to economic sanctions, but monies available are carefully targeted into sectors considered crucial to Russia’s ability to project its power. This represents a challenge for the United States as Washington is neither poised to protect its interests and the interests of the Arctic allies, nor positioned to deter Russia’s ambitions and increasing influence.

Patricia Schouker is an energy and security analyst based in Washington D.C. She is a Non-Resident Fellow at the Payne Institute Colorado School of Mines and an Associate Member of New College, Oxford University. Twitter: @Patricia_Energy This article first appeared last month.