Russia and China: A Budding Alliance in the Mediterranean? 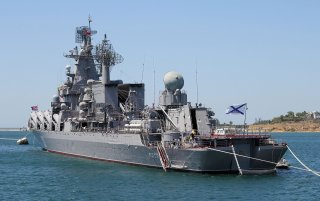 With President Joe Biden’s declaration that the “transatlantic alliance is back” at the Munich Security Conference in February fading, concrete challenges facing the alliance remain—including increasing Russia-China alignment on NATO’s southern border in the Mediterranean. A Center for a New American Security report shows “the impact of Russia-China alignment is likely to be far greater than the sum of its parts” and could amplify the challenges both countries pose. The transatlantic alliance must adjust its calculus in the Mediterranean to mitigate those challenges—no easy feat in a region rife with geopolitical tension.

Only this January, Turkey and Greece began their sixty-first round of exploratory talks to resolve decades-old differences over disputed energy exploration rights and maritime borders. To make matters worse, the crisis has been freshly aggravated by the power vacuum created by the United States’ reduced role in the eastern Mediterranean, the loss of Turkey’s European Union (EU) accession framework, and the return of Russia to the Eastern Med as a major military and political influence. After decades of inactivity following the collapse of the Soviet Union, Russia is notoriously entangled in ongoing conflicts from the Black Sea, through the Eastern Med and Syria into Libya.

The delicate balance of power is also affected by the entrance of a new player: China. Following the announcement of its Belt and Road Initiative (BRI) in 2013, Beijing has steadily invested in ties with Mediterranean states. China is buying into regional ports and today controls over 10 percent of Europe’s container terminal capacity. Beijing also signed BRI memorandums of understanding with every state in North Africa, and in June 2019, the Israeli city of Haifa signed a twenty-five-year contract with Chinese company Shanghai International Port Group to build and operate a shipping seaport on the Mediterranean. Chinese investment itself is not a threat, and the BRI is making significant strides in updating outdated infrastructure and improving transport connectivity. But ultimately, Beijing will be able to transfer their investments into greater influence in the region, adding to the number of external actors competing to advance their own interests.

The growing partnership between China and Russia in the Mediterranean further complicates the calculus. This is especially true in the way that Russia amplifies the China challenge because, by partnering with Russia, the Chinese military allays its operational inexperience. China first conducted joint naval exercises with Russia in the Eastern Mediterranean in 2015 as part of their annual joint-sea exercises. On July 12, 2017, a naval flotilla of the People’s Liberation Army Navy conducted a live-fire drill in the Mediterranean Sea to hone their combat skills, before a joint exercise with the Russian Navy in the Baltic Sea. Russia and China’s joint operations signal “their willingness and capacity to stand together,” and China could also use its control of European infrastructure like Piraeus to slow a NATO response to Russian aggression. In the case of conflict, China might slow U.S. reinforcements by “finding technical reasons” for a port to be unusable for cargo operations would impede the ability of the United States to reinforce Europe.

Russia-China synergy could also undermine U.S. and European interests in the Mediterranean outside the defense domain. Russian and China can, together, pull at the seams of democratic alliances more effectively than either country might manage on its own. For example, Russia has maintained an active presence in Cyprus dating to the Soviet Union and took advantage of the power vacuum created by the United States’ reduced role in managing disputed energy exploration rights and maritime borders in September 2020. Absent a transatlantic consensus, the Kremlin stepped in to mediate the conflict between Cyprus, backed by Greece, and Turkey over energy exploration in the Mediterranean Sea.

China, like Russia, is filling a gap left by U.S. and European allies in Cyprus. At the beginning of the coronavirus pandemic in Europe, Chinese Ambassador to Cyprus Huang Xingyuan publicly announced the arrival of the first batch of China-donated medical supplies to Cyprus. Their donation was followed recently by a visit to promote China-Cyprus relations by Chinese State Councilor and Foreign Minister Wang Yi on Jan. 4, 2021. By following Russia’s strategy of exploiting instability to gain influence, China amplifies its authority and presents a more viable alternative to democratic alliances than it could manage alone.

However, competition with Russia and China in the Mediterranean need not be a zero-sum game leading to conflict. Rather, increasing Russia-China synergy highlights the need to strengthen the transatlantic alliance from within as the first line of defense. To start with, instead of relying on unilateral sanctions or uncoordinated trade deals, the United States and Europe should develop a harmonized, if not united, China policy in which Europe is an equal partner. The United States should consider the policy of strategic autonomy an advantage, leading to a more capable partner in Europe to compete with China in technology, clean energy, and artificial intelligence. A stronger Europe would alleviate the United States’ burden and provide the basis for a renewed, equitable transatlantic alliance that can better compete with Russia-China synergy.

President Joe Biden should also continue to upgrade bilateral U.S. relations with European allies in the region. For example, the United States can pursue greater investment in Greece to strengthen ties and mitigate the appeal of outsized Chinese investments, a policy with roots in the Trump administration. In September 2020, U.S. Ambassador to Greece Geoffrey Pyatt promoted American investment in the Greek ports Elefsis and Alexandroupolis as “as strategically important both for commerce and for regional defense and security.” The Biden administration should support the same policy and expand the U.S. International Development Finance Corporation’s commitment to Southeast Europe. American investment throughout the region will help reinforce an economically viable alternative to the model of governance that Russia and China are offering.

Finally, the United States and Europe must take steps to restore NATO’s credibility in the Mediterranean. NATO’s deterrence posture relies primarily on the cohesion of its members, which is precisely what the alliance lacks today. Tensions between Turkey and the United States have been building for years, and Turkey’s purchase of the Russian S-400 missile defense system undermines the efficacy of the military alliance. At the same time, maritime border disputes between Turkey, Greece, and Cyprus in 2020 led to confrontation within the alliance, including the collision of a Turkish and a Greek ship. Friction between the United States and Turkey is unlikely to abate, given the series of recent crises and conflicting worldviews. However, the possibility of a working partnership between European members and Turkey remains. That may begin with improving the EU-Turkey customs union and focusing on the care of millions of refugees living in Turkey. Though the EU and Turkey are unlikely to achieve any grand bargain, their working partnership within NATO underpins the alliance’s posture in the Mediterranean.

NATO should also seek to develop a better joint policy in the Mediterranean. As proposed by Ambassador (Ret.) Alexander R. Vershbow and Lauren Speranza, NATO could strengthen its naval presence in the Mediterranean and Black Seas to counterbalance improved Russian anti-access/aerial-denial capabilities and submarine threats. NATO could also create another standing naval task force dedicated to securing critical infrastructure across the Mediterranean and protecting sea lines of communication to monitor the possibility of China using civilian ports for military purposes.

Increasing Russia-China synergy on NATO’s southern flank highlights the need to take concrete steps to improve the transatlantic security architecture in the Mediterranean. That begins with reinforcing ties between the US and Europe and includes working towards a more cohesive NATO. Biden is a committed transatlanticist, and Europe and the United States both should recognize and act on a unique window of opportunity to reengage. A strengthened transatlantic community is the essential safeguard against the prospect of cooperative Russia-China illiberal authority—in the Mediterranean and without.

Gibbs McKinley is the Joseph S. Nye, Jr. Intern for the Transatlantic Security Program at the Center for a New American Security (CNAS).