Russia and China Could Destroy America's New Aircraft Carriers. Are They Obsolete Already? 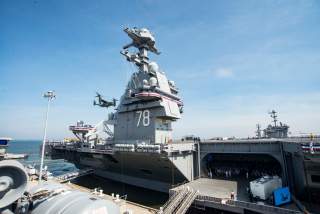 The point is that even if the ships of the CVN-78 class cannot penetrate advanced A2/AD systems, they can still serve other useful purposes.  Indeed, American carriers since 1945 ave entirely earned their keep on these other missions, which include strike in permissive environments, displays of national power and commitment, and relief operations.  “Obsolescence” for one kind of mission does not imply uselessness across the range of maritime military operations.

This first appeared last summer. It is being republished due to reader interest.