Russia and China Go War Against America. Here's What Could Happen Next. 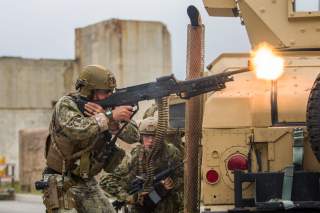 Could Beijing and Moscow coordinate a pair of crises that would drive two separate U.S. military responses?

This first appeared in August 2017.

This piece is being reposted due to reader interest.