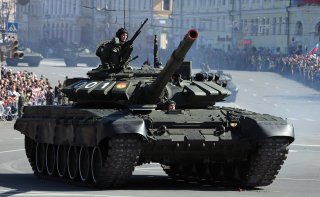 After decades of failing to court rival warlords for intelligence cooperation, Western intelligence agencies now anticipate the possibility of Afghanistan slumping into the brink of civil war. To prevent a sweeping Taliban advance, these agencies are searching for viable intelligence assets for long-term on-the-ground support.

Central Intelligence Agency (CIA) Director William J. Burns confirmed the search for new and reliable intelligence assets as U.S. resources will dwindle following the September 11 withdrawal. While Western intelligence agencies are in the quest to enlist new informants and intelligence assets, Afghanistan’s growing instability and the rise of great power competition between the U.S., China, and Russia continue. This makes it difficult for Washington to come up with a unilateral approach to counter-terrorism.

Although negotiations between the Afghan government and the Taliban are ongoing, the peace talks have not yielded tangible results. The Doha and Moscow peace conferences ended with a few fancy photo ops and the upcoming Istanbul meeting has been canceled on multiple occasions. While elites and politicians in Kabul remain divided, now more than ever, the Taliban remains correspondingly coherent in making territorial gains.

The future of the Afghan government is in great peril, and the Afghan leadership remains both incapable and corrupt in its attempts to fight international terrorism. The current Afghan National Directorate of Security (NDS) intelligence service appears to be a weak institution, unable to prevent consecutive sectarian attacks. Several other security organs, trained and supported by the CIA, have been reportedly responsible for indiscriminate killing, enforced disappearances, and a litany of other rights abuses.

In addition, European intelligence agencies have attempted to restore their contact with the son of Ahmad Shah Massoud, the celebrated Afghan Mujahideen leader, who seeks to restore the former coalition in what has been dubbed as the Second Resistance. While the coalition remains in its early stages, Western intelligence sources doubt its capability to unite warring factions. A dominating non-Pashtun resistance alliance under Tajik leadership would inadvertently force Pashtun tribal leaders to favor (in some cases) the Taliban.

A recently leaked proposal to use Pakistan’s airbase to conduct “over-the-horizon” counterterrorism operations will prove counterproductive. Islamabad’s historical ties to the Taliban, followed by its military establishment’s failure to be a reliable partner in Washington’s war on terror will yield disastrous security consequences.

Therefore, regional intelligence cooperation in Afghanistan would require the Western intelligence apparatus to go eastward and form a broader working coalition to counter terrorism in South and Central Asia.

For several years, Eastern powers, such as India, Israel, Iran, Russia, and China have maintained, to varying degrees, an active intelligence presence in Afghanistan. While the former two have strengthened their security ties with the U.S., the latter three are engaged in an adversarial geopolitical competition with Washington.

Despite Iran, Russia, and China's engagement in a regional geopolitical competition with the U.S., all three states maintain an abiding strategic interest to maintain stability in Kabul, given their close proximity to the border and access to Central Asia and Europe.

For Iran, a Taliban revival would indicate a rise in pan-Sunni influence, with close ties to Saudi Arabia. Similarly, Russia and the former Soviet Republics share a border with Afghanistan, meaning that a Taliban comeback could embolden regional Islamist movements, thereby empowering domestic terrorist groups, such as the Uzbekistan Islamic Movement and various groups in Chechnya.

In China's case, although the government is likely ecstatic about a U.S. withdrawal, it remains concerned about growing extremism in South and Central Asia. This could endanger not only China’s trillion-dollar Belt and Road Initiative (BRI), but also provide an ideological inspiration for the Islamic movements, such as the Uyghur Liberation Organization (ULO) or East Turkestan Islamic Movement (ETIM), inside mainland China.

Last but not least, Pakistan despite being on the Chinese side in the Great Power Competition, has played a key role throughout the U.S.-Taliban peace process by facilitating negotiations and enhancing security relations with Kabul. In addition, Pakistan is currently embroiled with various insurgent uprisings, including the Baloch and Pashtun movements and an external territorial conflict with India, which is why starting a new battlefront with the Taliban and Al-Qaeda would be problematic. Islamabad has supported the Taliban for nearly three decades, now fully aware that the Afghan Taliban with a predominantly Pashtun leadership could inspire both its Pakistani counterpart, Tehrik-i-Taliban Pakistan or TTP, and various Pashtun freedom movements, such as the Pashtun Tahafuz Movement (PTM), who are fighting for a so-called Pashtunistan, an independent land for Pashtuns.

The growing instability of Kabul will be in great peril if outside states with strategic interests, especially those residing within the outer peripheries, are not afforded a direct stake in discussing its future. Thus, the regional geostrategic competitors, in the interest of maintaining stability in Kabul, may come to understand, “the enemy of my enemy is my friend.”

The informal partnership will provide a win-win security situation, one in which functional cooperation among regional competitors will facilitate stability in Kabul. For decades, Afghanistan has been subject to various intelligence proxy wars, directly contributing to the country’s precarious state. The Biden administration has also paved the way to enable such cooperation, as he seeks to rejoin the Iran Deal and reset ties with Beijing.

In sum, over-the-horizon counterterrorism capacity will be difficult for the U.S. to muster, but it has some viable options alongside regional players that maintain an abiding interest to ensure the stability of Afghanistan within their immediate backyard. With the withdrawal clock ticking on Western intelligence agencies, looking eastward would provide fresh and steadfast ground support.

Arash Yaqin is an M.A. candidate and National Security Analyst at the Institute of World Politics in Washington, D.C. with a focus on Countering Violent Extremism and the Great Power Competition in South and Central Asia. Formerly, he collaborated as a UN capacity-building advisor for the Afghan Ministry of Foreign Affairs, Afghan Institute for Strategic Studies, and as a senior cultural affairs advisor for the U.S. Embassy in Kabul.

Saba Sattar is a doctoral candidate of Statecraft and National Security at the Institute of World Politics in Washington D.C. She specializes in the Indo-Pacific region, with challenges ranging across the conflict continuum from low-intensity conflict to Chinese revisionism.