Russia and China Would Try and Blind the U.S. Military In a War 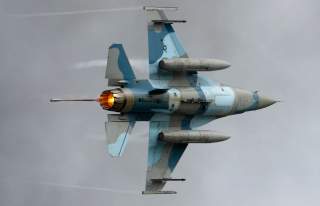 Another country, another test, yet more debris floating through the crowded realm of near-orbit space. On March 27, India became the latest country to carry out an anti-satellite (ASAT) test resulting in debris. India sought to frame the test as a sign of its prowess in space, but on a global level, the event serves as an important wake-up call about the risks of ASAT-related technology.

More and more countries are developing ASAT technologies for exploration and defense — especially as the great power competition among the United States, China and Russia heats up — which increases the risk that space will be littered with dangerous debris that could collide with important satellites either accidentally or during conflicts. And the tense dynamic among countries with ASAT technology will stall any attempts to develop international norms or treaties to reduce the consequences of space debris and ensure the long-term sustainable use of space.

The Danger of Debris

India's test, despite being carried out at the low orbit of about 300 kilometers (186 miles), created significant space debris; some fragments will take several years to decay. Space debris can collide with and destroy satellites, creating a multiplier effect known as the Kessler syndrome or "ablation cascade": Collision between objects in space (such as through the destruction of a satellite) creates space debris that then collides with other objects and creates even more space debris. The resulting expanding debris field increases the likelihood that satellites could be damaged — either intentionally or accidentally, which would have disastrous effects on humanity's day-to-day functionality. Individuals, companies and entire nations rely on satellites for all manner of navigation, communications, research and security functions. If certain satellites were to be unexpectedly disabled, society and the economy at large would experience dramatic consequences.

But despite the fact that errant space debris could disrupt airplane navigation, render weaponry inoperable or cut off many forms of communication, countries are still likely to take deliberate actions that create more debris for a variety of reasons.

The Many Causes of Increased Space Debris

In the event of a major war between global powers, adversaries could choose to deliberately impede opponents' use of space by damaging their satellites in a way that also forms major debris fields and interrupts the opponent's space-based expeditionary warfare efforts. And deliberately fomenting space debris would still escalate a situation less than the use of nuclear weapons, so a losing country would be more likely to choose this method, especially if its own satellite constellations had been already destroyed.

The proliferation of space debris can be unintentional, as well. Just as a limited nuclear strike could deteriorate into full thermonuclear war by causing cycles of retaliation and escalation, a similar process could occur in space. An initial limited first strike by one power against an adversary's satellites could trigger a bigger retaliation (and perhaps even be misread as a harbinger of a more extreme offensive), which could then spiral into an all-out battle of satellite destruction. Even without much escalation, the initial destruction of a small number of satellites could trigger major damage to day-to-day affairs on earth.

Even countries not engaging in combat can increase the levels of space debris and drive an ablation cascade. All kinetic ASAT tests inevitably produce a debris cloud that could potentially collide with other objects in space and trigger more debris. This applies especially to tests that occur at a significant altitude, like the 2007 Chinese ASAT test. But India's recent ASAT test at a fairly low altitude of about 300 kilometers still led to significant space debris, with some fragments reaching an altitude above 1,000 kilometers. NASA Administrator Jim Bridenstine has stated that the risk of the International Space Station being hit by small debris increased by 44 percent over a period of 10 days as a result of India's test.

Handling the Present and Rising Threat

Millions of pieces of debris currently in orbit already pose a major hazard to the safety of important satellites. Wary of the possibility of satellite destruction, various states and space agencies are increasingly viewing space debris as a serious issue distinctly associated with national security, and they are developing ways to mitigate or reduce debris in space. Technologies in this effort include lasers, robotic arms that can maneuver satellites, magnets and even a 100-kilogram (220-pound) spacecraft featuring a harpoon and net, which British company Surrey Satellite Technology tested in 2018.

However, these same technologies that can clean up space debris are also ideally suited for missions involving the destruction of enemy satellites, meaning that the better nations become at eliminating debris in the future, the more efficiently they can destroy enemy satellites. During an actual major conflict extending to space, these technologies could be a greater part of the problem than the solution. After all, it's far easier to find and destroy satellites than to clean up the uncountable fragments of space debris produced by disintegrated satellites during conflict.

As the United States looks to expand its investments in space as part of its great power competition with Russia and China, the U.S. military is acutely aware of the risks of a war in space. Today, the United States possesses approximately half of all satellites in orbit and is very dependent on space to wage war. Consequently, its space strategy remains primarily centered on deterrence, though Washington is certainly preparing to defend its satellites and counterattack if necessary. Deterrence alone, however, may not be enough. As more and more countries develop ASAT capabilities, and as other great powers — particularly China — rapidly perfect theirs, conflicts on earth are increasingly likely to extend to space in the form of direct attacks on enemy satellites. Indeed, this outcome is almost guaranteed during any large-scale peer-to-peer conflict between the great powers, especially given the United States' heavy dependence on its space architecture.

Right now, there are no treaties regulating the development, fielding or testing of ASAT weapons. A general taboo against kinetic ASAT tests exists, given the well-known danger posed by space debris, but it has not stopped countries such as the United States, China and now India from conducting ASAT tests. The United States itself likely contributed to the normalization of ASAT technology when it conducted the 2008 intercept of the USA 193 satellite. While the intercept happened at a very low orbital altitude (less than 300 kilometers) and resulted in far less space debris than China's 2007 ASAT test, it still produced considerable debris — and it paved the way for India to conduct a "responsible" ASAT test at about the same altitude later on.

A growing number of voices within the United States are calling to establish and strengthen norms aimed at preventing more space debris. These include the head of U.S. Strategic Command, Gen. John Hyten, who discussed the dangers of space debris on April 9 in the wake of the Indian ASAT test. However, the rising great power competition among strong, space-faring nations is driving mistrust and undermining U.S. efforts — as is the United States' own significant role in dismantling a number of key arms control agreements over the past couple of years. The seemingly imminent demise of the Intermediate-Range Nuclear Forces Treaty and the questionable status of New START indicate that it will be less and less likely for nations to establish cohesive norms around ASAT capabilities in the near future. The fact that missiles used as ballistic missile defense interceptors (which many nations have been openly developing) are also applicable as ASAT interceptors adds further barriers to such an effort.

Great Power Competition Feeds the Threat Posed by Anti-Satellite Technology is republished with the permission of Stratfor Worldview, a geopolitical intelligence and advisory firm.