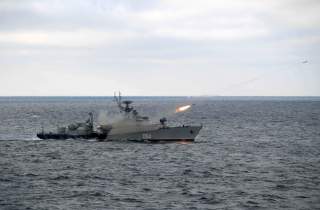 Key Point: Could this be a game-changer? Or is Russia exaggerating the truth?

Proving yet again that one nation’s misfortune is another’s business opportunity, Russia says it will sell radars in the Middle East that are designed to detect cruise missiles and hypersonic weapons.

The announcement follows a devastating attack – reportedly by drones and cruise missiles – on Saudi oil facilities last month. The U.S. and Saudi Arabia accuse Iran of being behind the attack, which ostensibly was conducted by Houthi rebels in Yemen.

“Contracts have been signed with a number of Middle Eastern countries for the supply of Rezonans-NE,” an unidentified Russian government source told Russian news agency TASS.  “Stations will be transferred to customers within one and a half to two years.”

The source did not specify which states would receive the radars, other than they would be "Russia-friendly states."

“The stationary radar Rezonans-NE operates in the meter range and is equipped with a phased antenna array,” according to TASS. “It is capable of detecting modern aerial targets at great distances, including those made using stealth technology. In particular, the radar is designed to detect and track stealth cruise and ballistic missiles, as well as hypersonic aircraft.”

The maximum range of the over-the-horizon Rezonans-NE is 1,100 kilometers (684 miles), and it can track up to 500 targets, TASS said. It is already in service in Russia’s Western Military District and the Northern Fleet.

Russian defense manufacturer Rosoboronexport describes Rezonans-NE as comprising “up to four radar modules, each of which provides control in the azimuth sector of 90 degrees and can operate independently.” It can also “analyze the ECM [electronic countermeasures] situation and automatically adjust to the actual ECM conditions.”

Whatever Rezonans-NE’s actual capabilities, the TASS article is clearly timed to take advantage of the embarrassment caused by the drone and missile on Saudi Arabia. Despite spending billions of dollars to buy six battalions of American-made Patriot surface-to-air missiles and their associated radars, the Saudis failed to detect or intercept a strike composed of almost 20 drones and missiles. Considering that Patriot is the air defense backbone of the U.S. military and various U.S. allies, the strike raises questions about the effectiveness of U.S. air defense in an era when even small states – or non-state groups like the Houthis or Hezbollah – field large fleets of drones and even ballistic missiles.

In the zero-sum competition of U.S.-Russian rivalry, a black eye for one is an opportunity for the other to shine. Some claim that Russian air defense systems like the S-400 would have done a better job.

“The Russian weapon, though little tested in combat, has technical advantages over U.S. Patriots,” notes a Bloomberg article. It has a range of 400 kilometers (250 miles), versus the Patriot's 160 kilometers [99 miles], can destroy targets moving twice as fast and can be mounted for action in five minutes, compared with an hour for a Patriot battery.” Russia also pairs the long-range S-400 missiles with short-range Pantsir-S1 missiles that can handle smaller targets.

But this seems a generous estimate. In 2017, a Russian airbase in Syria was attacked by a swarm of drones launched by Syrian rebels. Russia claims its defenses either shot down or electronically hijacked most of the UAVs, but that hasn’t been independently verified. What is clear is that many militaries – including the American and Israeli – worry that small drones and low-flying, stealthy cruise missiles are hard to spot. There is no reason to assume that Russian systems will perform significantly better.