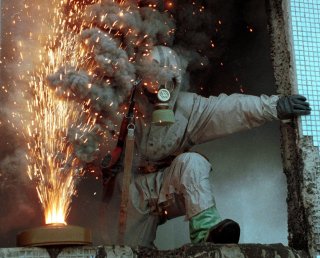 Here's What You Need To Remember: In NATO, CBRN training has lapsed. While Czechia retains one of the only live-agent chemical weapons training facilities in NATO, there is far less focus on the CBRN threat in NATO nations, in both civil defense and military settings.

Charlie Gao studied political and computer science at Grinnell College and is a frequent commentator on defense and national security issues. This article first appeared in March 2020 and is being republished due to reader interest.