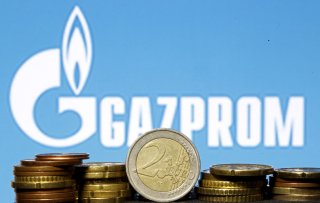 Why is Europe's political class questioning the effectiveness of modern agricultural practices and the legitimacy of nuclear power when the rest of the developed world is upgrading its fission capacity and allowing for gene-editing technology to revolutionize food production? One could think it's the inherent need for Europe to be different from the rest of the world, but that would neglect the significant lobbying efforts that have prevented the continent from becoming food and energy independent.

In 2014, former NATO secretary-general and prime minister of Denmark Anders Fogh Rasmussen described this phenomenon to The Guardian:

The extraction of shale gas is known as fracking. While legal and used in the United States, European parliaments have consistently opposed this alternative and preferred to rely on standard Russian gas pipelines. According to a letter sent to then-Treasury Secretary Steven Mnuchin by U.S. representatives Lamar Smith and Randy Weber, Hillary Clinton told a private audience in 2016 "We were even up against phony environmental groups, and I'm a big environmentalist, but these were funded by the Russians …"

Has the Russian Federation been funding environmental activists around the world? A few more voices point in this direction.

WWF Germany, BUND (Friends of the Earth), and NABU (Nature and Biodiversity Conservation Union), three environmental organisations who were avowed opponents of Germany's NordStream pipelines with Russia, dropped their opposition after Gazprom promised funding for environmental protection, according to a 2011 report from the European Parliament. A foundation set up by a German federal state, environmental organizations, and NordStream (controlled by Gazprom) had filled its coffers with €10 million with representatives of the environmental organizations sitting on the board. Did these groups drop their opposition to the pipelines because of Russian funding? Whether they did or not is anyone's guess.

It's not just energy dependence that Europe has created, but also significant food import dependency. According to the European Union (EU), 19 percent of “other feed and feed ingredients” imported to the bloc come from Russia, as well as almost 8 percent of sugar (other than beet and cane), and slightly more than 6 percent of imported wheat. While total agri-food imports from Russia to the EU only represent 1.4 percent, the country's trade is vital for Europe's animal feed, and by blocking Ukrainian trade routes, Moscow is worsening food security all over Europe. Conveniently, many of the organizations mentioned above have been adamant about reducing European farmland, phasing out crop protection, and blocking the use of genetic engineering.

The question of whether environmental activists have been funded by the Russian state might help resolve the even more puzzling inquiry into why they told deliberate mistruths for decades. Take the example of insecticides: when a decline in the honey bee population went unexplained for some time in the early 2000s, environmental activists first blamed their favorite boogeyman – genetic engineering. When that talking point was debunked by the scientific community, environmentalists turned their attention to neonicotinoid insecticides, and also subsequently to neonic alternatives such as sulfoxaflor.

According to the Environmental Protection Agency (EPA), a March 2018 U.S. Department of Agriculture (USDA) report, and reports from Canada and Australia, there has been no proven link between neonics and harm to bee populations. The scientific community rejected sulfoxaflor-related claims as recently as July last year. The European Food Safety Authority EFSA and the EPA, even called sulfoxaflor "better for species across the board."

These mistruths about crop protection and bee numbers have made countries fight what even mainstream news sources in Europe consider "bee-killing pesticides."

In France, Marine Le Pen's far-right National Front (itself supported by loans from Russian banks) supported a ban on sulfoxaflor in 2015. In 2019, the country outlawed neonics and sulfoxaflor, only to discover that it led to a massive decrease in sugar beet production. Paris had to pause the bans as its beet farmers were facing extinction but still received criticism from environmental organizations for their pragmatic decision. Again, the fact that Russia is a significant exporter of sugar beet is likely purely coincidental and unrelated.

Do environmental organizations support the efforts of foreign governments by increasing the dependence of NATO allies on Russia? Even if not deliberately, they do so indirectly as their advocacy leads to food inflation and economies that cannot argue from a position of strength.