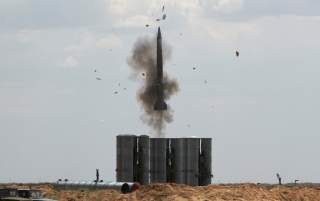 Today, there is a debate over whether we should extend the New START Treaty, amend it to eliminate the loopholes, or try to negotiate an expanded agreement. As I detailed in my 2012 monograph, The New START Treaty: Anatomy of a Failed Negotiation, New START contains major loopholes and verification problems that fully negate the supposed limitations. Ironically, the 2002 Moscow Treaty limits, if the warheads are counted in the same way, required a much lower strategic nuclear warhead level that what is possible under New START.

Under New START, Russia can have an unlimited number of deployed strategic nuclear weapons because:

The loopholes I depicted in 2012 are now mainly actual Russian programs to circumvent the New START Treaty; others are apparent violations.

How Many Strategic Nuclear Weapons Does Russia Deploy Today?

Russia has many more strategic nuclear warheads than the 1,426 warheads it recently reported in its New START Treaty data. In 2019, Hans M. Kristensen and Robert S. Norris of the Federation of American Scientists estimated that Russia has 2,670 strategic nuclear warheads. Kristensen, in another study, writing with Matt Corda, also estimated that the U.S. has 1,590 deployed strategic warheads. In 2014, Houston Hawkins of the Los Alamos National Laboratory wrote, “Today, estimates are that Russia has about 4,500 strategic weapons in its inventory.” In December 2019, Russian Strategic Missile Force Commander Colonel General Sergei Karakayev stated “…the nuclear potentials of the sides have [been] reduced more than 66% since the signing of START I.” This is a major departure from the Russian position. At the United Nations in April 2018, First Deputy Permanent Representative of the Russian Federation to the U.N Dmitry Polyanskiy declared that "Russia cut its nuclear arsenal by over 85 percent as compared to its stockpiles at the height of the Cold War." If one uses the late Soviet declared number of over 10,000 deployed strategic nuclear warheads for the calculation, the difference between an 85% reduction and a 66% reduction is about 2,000 warheads. It means that Russia then had over 3,300 strategic nuclear warheads, over twice the supposed New START Treaty allowed level of 1,550. These are real warheads, not accountable warheads.

There are reports that Russian nuclear weapons expansion is now underway, and it is aimed at extremely high levels of deployed nuclear warheads. In December 2017, Bill Gertz reported, “Russia is aggressively building up its nuclear forces and is expected to deploy a total force of 8,000 warheads by 2026 along with modernizing deep underground bunkers, according to Pentagon officials. The 8,000 warheads will include both large strategic warheads and thousands of new low-yield and very low-yield warheads to circumvent arms treaty limits and support Moscow’s new doctrine of using nuclear arms early in any conflict.”

An excellent 2015 study by James R. Howe concluded that Russia had the potential to deploy 2,664-5,890 nuclear warheads on its planned strategic ballistic missile force. In another analysis published in September 2019, he says Russia will have between “2,976 WHs [warheads], and a maximum of 6,670 WHs” plus over 800 bomber weapons. He notes that “the 2022 [Russian] strategic nuclear force’s (SNFs) war­head (WH) levels will likely significantly exceed New START levels based on planned WH loadings.”

In December 2017, Howe estimated that Russia would have 8,000 nuclear weapons in six years, a mix of high-yield, medium-yield, and low-yield nuclear warheads.

In August 2019, Deputy Assistant Secretary of Defense for Nuclear Matter Rear Admiral (ret.) Peter Fanta at the Crane Naval Submarine Warfare Center Symposium on Strategic Nuclear Weapons Modernization and Hypersonics confirmed the Gertz report stating that "The Russians are going to 8,000 plus warheads."

There is other evidence of Russian expansion of its nuclear weapons numbers. In 2019, Lt. Gen. Robert P. Ashley, Jr., Director of the Defense Intelligence Agency, in an important speech at the Hudson Institute, stated that "…during the past decade, Russia has improved and expanded its production complex, which has the capacity to process thousands of warheads annually."[18] This confirms and goes beyond a 2014 report by Dr. Houston Hawkins, which said that Russia can produce 1,000 nuclear "pits" a year, which translates into the ability to produce 1,000 new nuclear weapons per year. In addition, he said Russia had mothballed the ability to produce 2,500 more. In 2019, James Howe stated that Russia “retains an estimated capability of building 1,000-3,000 plus weapons per year.”

The Democrats on the House Armed Services Committee are attempting to reduce the capability of the U.S. pit facility (which will not be operational until 2030) to 30 per year, which would result in about a hundred-fold Russian advantage in production capability for new nuclear weapons.

The Russian Government has announced over twenty strategic nuclear modernization programs. In December 2018, Russian Defense Minister General of the Army Sergey Shoigu stated that "The modernity level of the Strategic Nuclear Forces has reached 82%..." While this may be somewhat exaggerated, the more important fact is that Russian Triad modernization will be soon complete, but in reality, it is literally never ending. When a new system is deployed, its follow-on is underway.