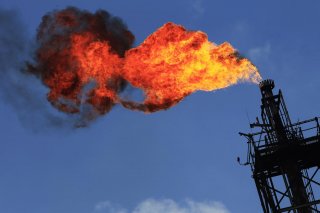 One of the largest shale drillers in the country filed for bankruptcy recently as the natural gas industry deals with a one-two punch of coronavirus fears and Russia’s continued war against U.S. energy producers.

Whiting Petroleum became the first giant natural gas company to slide into bankruptcy Wednesday as many energy producers meet debt obligations and an oil war between the world’s largest energy producers. Whiting sought chapter 11 protection in Texas amid the strife.

Prices fell into the $30s as the Saudis pushed for a cut in output to prop up prices, while Russia is working to infuse the market with hundreds of thousands of barrels of oil. Moscow is worried that the U.S. will use shale oil to take advantage if Saudi Arabia ease off production.

Bankruptcies are expected to increase as crude production increases while demand plummets, according to Buddy Clark, a co-chair at international corporate law firm Haynes & Boone.

“It’s a dire situation for everyone,” Clark told the Wall Street Journal Thursday, noting that even bankruptcy courts are under pressure as bankruptcy cases explode. “It’s a weird dynamic, but people will want to get into bankruptcy quickly in order to beat the rush.”

U.S. drillers could default on $32 billion of debt throughout 2020 if the virus and Russia continue walloping the industry. The default rate is projected to come in at 17%, according to credit-ratings firm Fitch Ratings. Fitch forecasted a 7% default rate before the virus pandemic.

Trump said in a tweet that day that he “spoke to my friend MBS (Crown Prince), who spoke with President Putin of Russia, & I expect & hope that they will be cutting back approximately 10 Million Barrels.”

Oil prices pitched upward shortly thereafter. The Dow Jones industrial average jumped more than 500 points after Trump’s remarks. The president’s bold talk provides a reprieve to a beleaguered oil industry, which saw the price of oil fall roughly 60% over the past month.

Natural gas production was on the incline for more than a decade before this most recent hiccup.

The EIA projected oil prices would hover around $100 a barrel in 2019 instead of $60 a barrel, where oil prices are pegged. The agency was also apparently unable to see into the future and observe how hydraulic fracturing would affect gas production over the past decade.

Image: Excess natural gas is being flared, or burnt off, at a flare stack at the refinery in Tula November 21, 2013. REUTERS/Henry Romer.