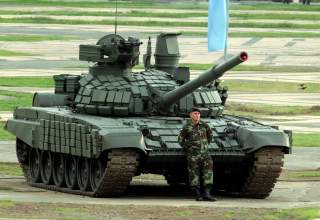 Key point: Moscow is always looking for new, modern weapons. In this case, Russia is allegedly exploring how to make drone tanks a real thing.

Earlier this month, Jane’s reported that Russia’s primary tank plant, Uralvagonzavod (UVZ), announced that it was working on unmanned variants of the T-72B3. The move comes as part of what appears to be a large push for unmanned vehicles in Russian service.

While some outlets have reported this as a recent trend, this is merely the latest iteration of unmanned vehicle development in the Russian military. Soviet engineers experimented with unmanned tanks as early as the 1930s. But how do the latest unmanned tanks build upon previous developments?

Unmanned tanks were first used in combat by the Soviet Union in the 1930s. “Teletanks,” as they were called at the time, didn’t have much in terms of capability as there was no real way to “aim” the turret apart from rough controls. Operational experience in the Winter War and early stages of WWII with these early tanks proved disappointing, and the concept was shelved for the majority of the Cold War.

Autonomous versions of the basic T-72B saw testing by the end of the 2000s. But the “automation” level of these tanks appears to be pretty primitive. In the video, aiming appears to be conducted manually through the backup sight of the tank, without using any of the features of the tank’s fire control system.

Development appears to have proceeded fairly slowly until recently, probably due to the development of the T-72B3 standard and the general modernization of the older stocks of Russian tanks taking away resources from automating tanks. Resources also went to developing unmanned combat robots using a new chassis and turrets, like the ill-fated Uran-9 and other similar vehicles.

The focus on standalone vehicles makes sense, given that automating existing tanks is an imperfect solution. As existing tanks are meant to hold human crewmen, their armor layouts are suboptimal for protecting sensors and electronics inside the vehicle. A dedicated vehicle would likely have less internal volume, resulting in more weight that could be put towards armor and weaponry. The T-14 Armata is uniquely suited to automation for this reason, as the crew is all placed in a single compartment which could be swapped for a computerized control node.

But, the recent announcement to automate existing T-72B3s is probably indicative of a push to get the latest generation of unmanned vehicles out there quickly. Developing a dedicated unmanned vehicle on the same weight class of a T-72B3 would likely take years. By automating an existing tank, while the result may be suboptimal, the technologies involved in automating a tank can be tested, and tactics that involve them can be developed.

It’s unlikely that the automated T-72B3 will see serious combat use in the near future. But it may prove an important stepping stone towards a next-generation unmanned ground combat vehicle for the Russian military.

Charlie Gao studied political and computer science at Grinnell College and is a frequent commentator on defense and national security issues. This first appeared in 2019.