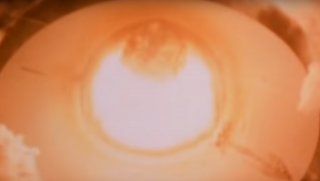 In May 2019, Lt. Gen. Robert P. Ashley, Jr., Director of the Defense Intelligence Agency, in an important speech at the Hudson Institute, stated:

Russia's development of new warhead designs and overall stockpile management efforts have been enhanced by its approach to nuclear testing. The United States believes that Russia probably is not adhering to its nuclear testing moratorium in a manner consistent with the "zero-yield" standard.

Our understanding of nuclear weapon development leads us to believe Russia's testing activities would help it to improve its nuclear weapons capabilities. The United States, by contrast, has forgone such benefits by upholding a "zero-yield" standard.[1]

This is an extremely important conclusion because it linked covert Russian nuclear testing to the development of new nuclear warhead designs with improved capabilities, which is very significant because of the threat posed by Russia's ever growing nuclear capability. Despite the uproar in the arms control enthusiast community about his remarks, there is substantial open-source evidence going back over two decades to support his statement. The 2009 U.S. Strategic Commission report stated, "Apparently Russia and possibly China are conducting low yield tests." [2] Russian press reports concerning Russian conduct of very low-yield hydronuclear tests have appeared since the 1990s.[3] According to Ralph Alewine, then-Director of the Pentagon's nuclear treaty programs, "We do have information that a seismic event with explosive characteristics occurred in the vicinity of the Russian nuclear test range at Novaya Zemlya on August 16 [1997]." [4] Writing in The New York Times in March 2001, William J. Broad and Patrick E. Tyler reported, "Some [in the intelligence community] have concluded that Russia is lying and is instead detonating small nuclear blasts…" [5] In May 2002, the New York Times again reported that some CIA intelligence analysts were saying, "Russia may already have detonated tiny nuclear devices." [6]

There are declassified, but highly redacted CIA reports from the late 1990s that clearly discussed Russian hydronuclear testing. One of them observed that "Authorities including First Deputy Minister for Atomic Energy Mikhaylov have said Russia is looking at a range of techniques—including hydronuclear experiments—that they say would allow them to continue warhead design and maintenance research within the limits of the Comprehensive Test Ban Treaty." [7]Another report said that Mikhaylov had published an article "justifying" hydronuclear tests for weapons safety and the development of new types of nuclear weapons, noting that hydronuclear experiments "are far more useful for Russian weapons development" than subcritical tests.[8] A third declassified CIA report noted that in response to a Western press report of a covert Russian nuclear test, the Russian "Ministry of Atomic Energy claimed no knowledge of a nuclear test, but declared that adherence to the moratorium was the prerogative of the Russian President." [9]Notably, there was no clear Russian denial.

While the bottom line judgments were redacted from the public CIA reports, it is clear that long reports were not written on non-existent issues. Statements by Mikhaylov about hydronuclear testing were brought up by Senator Richard Shelby during the Comprehensive Test Ban Treaty (CTBT) ratification hearings.[10] The CTBT, which sought to ban all nuclear tests, was defeated by a majority vote in the U.S. Senate.

In January 1999, Lev Ryabev, then-head of the Atomic Energy Ministry's Nuclear Munitions Development and Testing Department, said that so-called "subcritical" tests could produce very small nuclear yield (i.e., 0.1 gram).[13] This was repeated in a 2006 Russian press report in state-run Ria Novosti on nuclear testing at Novaya Zemlya.[14] This, in effect, makes them very low-yield hydronuclear tests rather than sub-critical tests which by definition can't release nuclear energy resulting from a supercritical chain reaction. According to a report of Russia's Sarov nuclear weapons laboratory, the Soviets conducted "89 [hdyronuclear tests] including air, surface and underground (tunnel) experiments" which involved "a mock-up of a nuclear device with no considerable nuclear energy release (its value did not exceed that characteristic for a high explosive)." [15] Viktor Mikhaylov was the main author of this report, which stated that "The nuclear energy released during most of these experiments was less than 100 kg of chemical explosive equivalent." [16] [Emphasis added]. The implications of this statement are that some, or perhaps almost one-half, of Soviet hydronuclear tests, were over 100-kg of TNT. The Sarov report referenced air-burst hydronuclear tests which suggest a yield that is more likely to be in the low-yield range because it would be silly to stage an air-burst hydronuclear test because of the requirement to obtain data from the test through instrumentation. The Russian definition of a nuclear test is apparently the release of one metric ton of TNT in nuclear yield.[17] If so, hydronuclear tests could have up to one ton of TNT yield. Such tests cannot possibly be detected and identified as nuclear tests seismically.

On April 23, 1999, then-First Deputy Atomic Energy Minister Viktor Mikhaylov stated that Russia would conduct "so-called test-site hydronuclear experiments, where there is practically no release of nuclear energy," and on April 29, 1999, he stated that "…developed traditional nuclear powers can use hydronuclear experiments to perform tasks of improving reliability of their nuclear arsenal and effectively steward its operation." [18] [Emphasis added]. These statements are particularly important because they are associated with the announcement of Russia's new policy with regard to nuclear weapons development. The year 2000 book by Russian nuclear weapons designers, including V.A. Logachev, revealed that "Since 1994, numerous additional hydrodynamic and hydronuclear experiments have been successfully carried out at NZTS [Novaya Zemlya Test Site]." [19] [Emphasis added]. If this report is correct, Mikhaylov conducted hydronuclear tests five years before President Yeltsin reportedly authorized them.

"Boris Litvinov, the chief weapons designer for 31 years" at the Chelyabinsk-70 nuclear weapons laboratory reportedly told Siegfried Hecker, "We didn't bury it [the hydronuclear device] the way you guys did. We did [tests] out on the surface. We dug a little trench. We put our experiments in there. And we just blew it up. Then we took bulldozers and bulldozed that over, and we took care of it. We thought, who is ever going to go out there?'." [20] This is a clear violation of the 1963 Nuclear Test Ban Treaty, which prohibits all atmospheric nuclear tests, even those of very low-yield.

According to a report by the National Institute for Public Policy on the CTBT, "In November 2003, during an event at Lawrence Livermore National Laboratory Georgly Rykovanov, then- Director of the Russian nuclear weapons laboratory at Chelyabinsk, explained to his hosts that hydronuclear experiments were being conducted in Russia but at a yield sufficiently low to make them undetectable." [21]

In November 2010, writing in Russian state media, Alexei Fenenko of the Russian National Academy of Scientists said, "Over the past 15 years, significant progress has been made in subcritical and hydronuclear testing." [22]

In January 2011, Russian Major General (ret.) Vladimir Belous, then a research associate at the World Economics and International Relations Institute of the Russian Academy of Sciences, wrote that, "Back before the signing of the CTBT in 1994-1995, a series of hydronuclear tests with a total yield of 10 kilograms of TNT was performed at the Novaya Zemlya test site. Currently, hydronuclear tests are considered contrary to the CTBT requirements, since a nuclear explosion, albeit a small one, nevertheless occurs when conducting the experiment." [23]

The Impact of Hydronuclear Testing on Russian Nuclear Weapons Modernization

Mikhaylov's statement that hydronuclear tests can improve the reliability of the Russian nuclear arsenal is very significant. In July 2001, he reiterated that ". . . the developed, traditional nuclear powers, using hydronuclear experiments, can perform the task of improving reliability of the nuclear arsenal and effectively track its operation while reducing the risk of possible accident." [24] It is quite possible that many or even all of the so-called Russian subcritical tests are actually very low-yield hydronuclear tests. The National Institute for Public Policy CTBT report quoted Viktor Mikhaylov in August 2003 as telling Dr. John Foster, former Director of the Lawrence Livermore National Laboratory, that at some point Russia would have to test but "he was not convinced that it will definitely have to be a powerful nuclear explosion." [25] Concerned about hydronuclear testing, Dr. Paul Robinson, then-Director of the Sandia National laboratory, cautioned in his CTBT ratification testimony that, "If the United States scrupulously restricts itself to zero yield while other nations may conduct experiments up to the threshold of international detectability, we will be at an intolerable disadvantage." [26]