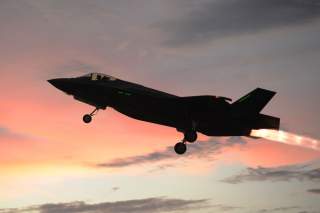 The Russians suggested that they could use alternatives to high-frequency fire control bands (C, X and Ku) to launch a missile at an F-22 or F-35.