Russia Is Using Its Oil Exports to Make One Nation Surrender 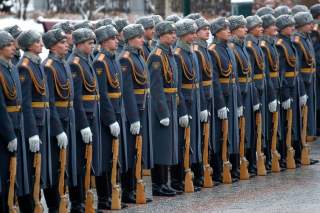 Fearing the loss of its last ally in Eastern Europe, Russia has weaponized its crucial oil exports to force Belarus into accepting a level of integration that would effectively guarantee its allegiance. But Belarus has rejected Russia's proposals, knowing that the kind of economic and political synthesis Moscow is demanding would severely restrict its ability to pursue opportunities with Europe and the United States. To bring Belarus to heel, Russia moved to cut off the country's oil supply on Jan. 1, which has since only pushed Minsk to seek out new foreign suppliers. But Belarus' push to diversify its oil ties will likely be short-lived, as permanently severing its trade ties with Russia would require a significant overhaul of its already fragile economy.

Russian oil exports to Belarus have plummeted since January. As a result, Minsk has started to look for other sources of crude oil to keep its refineries operational. An individual shipment of 86,000 metric tons of Norwegian oil has already been delivered through the Baltics. Belarus is also negotiating with a number of other countries for both oil supply and transit as well, including the United States, Azerbaijan, Kazakhstan, Ukraine, Poland, the United Arab Emirates and the Baltic states.

The reason for this sudden shift toward diversification is Russia and Belarus' failure to reach an agreement on oil pricing between them. Over the past decade, Russia has been adjusting fiscal regimes relating to oil exports, as well as the direct subsidies to the Belarusian energy sector. But negotiations have become deadlocked over Minsk's refusal to accept the higher price tag on Russian oil. On Jan. 1, the standoff led Russian suppliers to end oil shipments to Belarus. A handful of private oil companies in Russia with close relations with Belarus still provided 407,200 metric tons of crude in January. But no further deliveries in February have so far been scheduled with Russia's state-owned pipeline operator, Transneft. An additional 450,000 tons of crude is scheduled for delivery during February by the same companies, raising the delivered volumes during the first quarter of 2020 close to the 900,000 tons they had committed before the suspension of other Russian oil deliveries.

The latest oil pricing disagreement between Belarus and Russia features into a much greater struggle over Minsk's political alignment with the West, with Moscow trying to impose a greater degree of economic integration than Belarus is willing to commit to. Belarus is Russia's last significant ally on its western border, and Moscow is no doubt anxious about Belarusian overtures to its rivals in Europe and the United States. To keep Minsk from slipping out from under its grasp, Russia has pushed for the creation of a joint customs service and tax regime between the two countries, as well as a single energy industry regulator and possibly even a supranational economic council. But Belarus has continued to reject such steep proposals for fear that they would significantly hinder its independence of action, as well as Minsk's efforts to bolster its economic ties with the West.

However, Belarus is not inherently opposed to the idea of closer integration with Russia. Indeed, Minsk's relatively small and weak economy depends a great deal on its relationship with its much larger eastern neighbor — and in particular, its access to low-cost oil. Purchasing oil from the rest of the world is still significantly more expensive than prices Belarus has paid for Russian oil. Crude deliveries from sources other than Russia, including transit costs, have been estimated to reach up to $520 per ton; the discounted Russian oil that Belarus purchased in the past, meanwhile, cost only about $385 per ton.

In more recent years, Russia has started to remove those discounts and levied additional taxes on its oil exports to Belarus, amounting to an increase of approximately $80 per ton at current oil prices. But even with that price hike, the cost of oil on the global market could still be higher, which could affect the bottom lines of Belarusian refineries. Refining more expensive crude from non-Russian sources and selling it at market competitive prices, however, could still be an overall profitable endeavor for Minsk. But even more importantly, it would deflate Russia's leverage in negotiations over the exact nature of the two countries' economic relationship. And for that reason, Belarus is willing to accept this reduced profitability — at least for now.

Belarus' diversification of oil imports, however, doesn't necessarily mean a permanent shift in the country's economic relations with both Russia and the world at large. Minsk's oil purchases from Norway, and possibly other foreign sources in the near future, could merely be a stop-gap solution to guarantee supply to Belarusian refineries in the near term. Indeed, it wouldn't be the first time that a standoff with Russia prompted Minsk to temporarily import oil from other countries. When Russia imposed a 36 percent price increase on oil as part of larger changes to its export duties in 2010, Belarus struck an agreement with Venezuela to provide 19 million tons of oil over three years at a cost of $647 per ton. This contract eventually became part of a swap deal, where Azerbaijan provided oil to Belarus on Venezuela's behalf, and Venezuela provided oil to U.S. markets on Azerbaijan's behalf. But by 2016, an economic recession led Belarus to end the more costly contract and once again become fully reliant on cheaper Russian oil.

In addition to filling the temporary gap left by Russian oil, Belarus' diversification efforts could also serve as leverage in its negotiations with Moscow. Minsk has said it wants to cut its dependence on Russian oil. And according to a recent statement from President Aleksandr Lukashenko, the Belarussian government aims to have at least 60 percent of Belarus' annual oil imports (which are currently about 24 million tons) hailing from countries other than Russia. But placing its vital trade ties with Russia on the line is not without risk, as Moscow could slap back with unacceptable ultimatums that would force Minsk to accept the harsh task of permanently reorienting its economy to retain its independence.

The recent loss of Russian oil discounts — whether through diversification or by accepting higher prices from Moscow — already risks taking a beating on Belarus' overall economic performance. The Belarusian economy is highly dependent on exports of a limited number of natural resources. The fact that Belarus boasts one of Europe's most state-controlled economies also makes it particularly vulnerable to external shocks by distorting economic incentives and reducing flexibility. Still recovering from its 2015-2016 recession, Minsk is barely managing to keep its economy sliding into another recession as well, with the International Monetary Fund now forecasting only 0.3 percent gross domestic product (GDP) growth in 2020. The Belarusian government has forecasted a much more ambitious 2.8 percent GDP growth in 2020, but this goal does not appear attainable because of systemic challenges.

Belarus' energy sector, in particular, also makes up a significant portion of GDP growth, which is largely underpinned by the Russian supplies. The loss of Russian oil in January has already caused Belarusian refineries to fall short of the roughly 2 million tons of oil that they would normally process during the first month of the year. Continued operation at lower volumes will take a significant bite out of Belarus' energy export potential by limiting production to meeting domestic demand for fuel products. Reduced revenue from petroleum product exports or the reselling of crude oil thus risks further dampening the country's economic growth.

If Belarus were to seek a more permanent diversification of oil imports away from Russia, the risks imposed by sustained higher costs of oil imports would likely require a substantial restructuring of the Belarusian economy. The country has already struggled to achieve its business reform goals. But adjusting to market-driven energy prices may require the country to rethink the structure and operation of its state-owned energy enterprises. At the same time, if Minsk were to permanently reduce its oil trade with Russia, it could find itself with reduced access to Russia's wider consumer market that many other segments of its economy rely on.

Diversifying oil supplies don't necessarily have to lead to the further severing of economic ties with Russia. But the continued escalation in Belarus' oil negotiations and even broader economic integration talks with Russia could very well lead to that end. Such a scenario would likely see Belarus supported by Western actors. Though even then, efforts to build out a resilient economy could easily span over a decade.

While such a shift is not impossible, cutting ties with Russia across sectors would come with incredible hardships and potential instability for Belarus. For this reason, reorienting itself as a Western ally would only serve as a last resort option for Minsk. Its economic links with Russia have proven very valuable in the past, and if anything, Belarus wants to prevent the deterioration of that preferential relationship. But Moscow has indicated this status quo is no longer sufficient. And should Moscow become too aggressive in its attempts to impose on Belarus' agency, it risks permanently turning Minsk away.