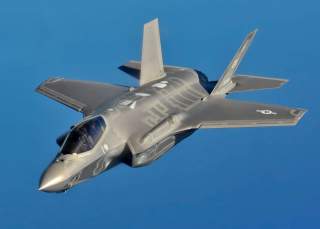 Key Point: When it comes to fourth generation aircraft, the F-35 has the advantage.