Russia vs. China vs. America: The Hypersonic Arms Race Is Here 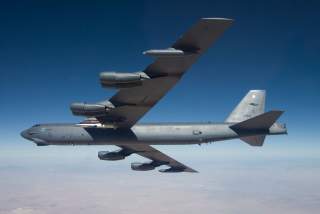 Russia and China have recently touted their progress in developing hypersonic vehicles, which fly much faster than the speed of sound, which is 767 mph. Hypersonic missiles are rocket-boosted to high altitude and may be launched from land, sea or air. They fly far faster than any other weapons – more than 3,000 mph and potentially up to 10,000 mph – which makes them difficult to identify, avoid or shoot down. After leading the development of this technology area for decades, the U.S. finds itself behind and investing heavily in the technology to try to keep up.

I am a professor of aerospace engineering at the University of Michigan, and one of my primary research areas is in the development of computational models to help design hypersonic vehicles. The research is funded by the government and private industry. I have led studies on hypersonics for the government.

Over the past 60 years, U.S. interest in hypersonic vehicles has waxed and waned. An early success was the X-15, a hypersonic test aircraft with a maximum speed of 4,500 mph that was flown from 1959 to 1968. The X-15 flew 199 times and only experienced two failures, of which one resulted in the death of the pilot. It set the stage for the development of the space shuttle, which flew from 1981 to 2011. The next ramp-up in hypersonic activity was the National Aero-Space Plane Program, from 1986 to 1993, which never built a prototype.

A recent success was the X-51A, from 2005 to 2013, which set a world endurance record for sustained flight of a hypersonic vehicle powered by a high-speed propulsion engine called a scramjet. However, there were only four flights, of which flights two and three were not fully successful. In addition, there were no plans in place for any follow-on at the end of the X-51A program.

Now it seems the U.S. is back in the hypersonic effort in a serious way. The Pentagon has declared hypersonics to be its number one research and development technical priority. The president’s recent budget request proposes allocating almost US$3 billion to develop hypersonic weapons and defense systems against potential adversaries’ hypersonic weapons.

The race for hypersonic supremacy

China and Russia have become increasingly interested in hypersonic weapons in recent years. Since 2005, China has published more research papers at a key hypersonics conference than any other country or international group. The Chinese have invested in a number of new and impressive hypersonic test facilities. And, China has conducted more hypersonic flight tests recently than the U.S.

Need for a good defense

Most of the U.S. spending appears to be aimed at developing new weapons – but that risks ignoring the key priority of defense. To counter Chinese and Russian development efforts, the Pentagon will need to invest in ways to detect, track and disable or destroy incoming hypersonic weapons.

It is not clear if the types of interceptors that have been developed for defense against slower weapons will be effective against hypersonic missiles. Entirely novel approaches may be needed to defeat this new threat. Examples include high-power lasers and beams of electromagnetic energy.

I believe that to avoid an important gap in U.S. defensive capabilities, American efforts in defense must at least keep up with the progress of other nations in developing hypersonic weapons.

This article by Iain Boyd first appeared in The Conversation in 2019.