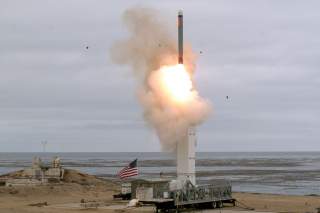 Key point: The collapse of arms control treaties is dangerous and destabilizing.

Why It Matters: It appears that Moscow is seeking further formalization of stated intent not to deploy such weapons in Europe following the collapse of the INF Treaty. While it wouldn’t entirely eliminate the possibility of either party covertly trying to deploy such missile capabilities in the European theater, an official moratorium would at least provide an additional barrier.

Background: The demise of the INF Treaty between the United States and Russia in October 2018 has fueled fears of renewed missile deployments in the European theater, despite both countries declaring they have no intent of doing so.

Russia, EU: Putin Proposes Moratorium on INF-Banned Missiles in Europe is republished with the permission of Stratfor Worldview, a geopolitical intelligence and advisory firm.