Russia Wants a New Stealth Bomber. It Won't Be Easy To Build for 1 Simple Reason. 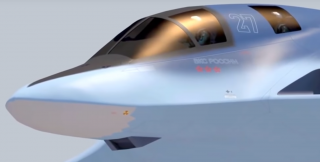