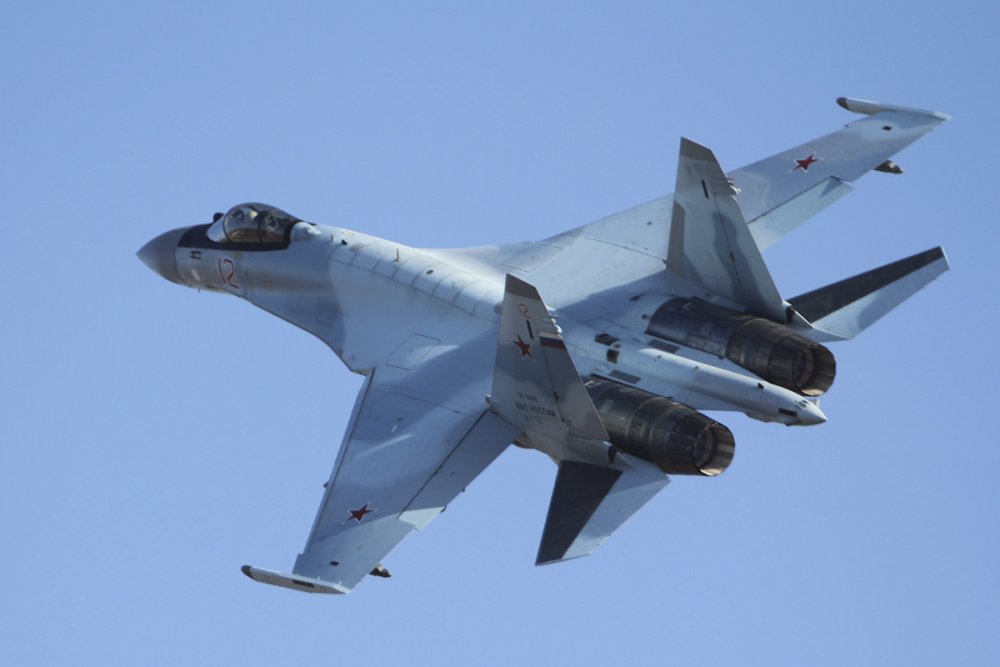 Egypt recently turned heads with its decision to purchase twenty advanced Su-35S fighter jets from Russia. This adds yet another unique airframe to Egypt’s inventory, which currently fields Rafales, two generations of F-16s, MiG-29s modernized to near MiG-35 standard, and two generations of Mirages.

Given the capabilities of the other aircraft in their fleet, the Egyptian Air Force (EAF) is probably looking into the Su-35S primarily as an air superiority fighter.  The Su-35S has an Irbis-E PESA radar that is known to be extremely powerful, although it lacks some advanced functionality of AESA radars.

Su-35Ss also feature advanced thrust vectoring engines and integration with all the latest export Russian air-to-air missiles. This is an advantage over American F-16s, which are not equipped with the latest export AIM-120 AMRAAMs and AIM-9X missiles due to the United States’ desire to preserve the military superiority of Israel in the region.

The Su-35S is also a single cockpit aircraft. While it can shoot the latest Russian air-to-ground munitions, the Egyptian MiG-29M2 (called MiG-35 by some observers) has been delivered with the PPK targeting pod, making it the more likely aircraft to be used by the EAF for air-to-ground work.

The Egyptian MiG-29M2s could also be considered “budget” aircraft not optimal for air-to-air work as their PESA radars are less powerful and versatile than those found in proper MiG-35, which sports an AESA radar. The MiG-29M2’s PESA isn’t nearly as powerful the Irbis-E PESA found in the Su-35S. The MiG-29M2 also is slower, and a MiG-29 variant (reported as MiG-29M, but also reported as delivered in 2018) is said to have crashed in late 2018.

The biggest question is why the Egyptian Air Force didn’t order more Rafale aircraft from France. Egypt’s Rafales were delivered fairly recently, and the Rafale is considered to be one of the foremost combat aircraft in the world. They feature AESA radars, an electro-optical targeting system for passive targeting, and integration with the latest European air-to-air missiles. While it is weaker in some areas such as top speed relative to the Rafale, the aircraft are comparable in most aspects.

Familiarity with French design isn’t a factor, as EAF pilots have been operating both French and Soviet/Russian aircraft for decades. But the Su-35S decision could be political. From 2016 to 2018, Egypt has procured large numbers of advanced Russian equipment, from attack helicopters to surface to air missiles. The Su-35S buy could be an extension of this policy.

But there are plenty of political downsides to this decision. The United States has applied sanctions to the last Su-35S customer, Indonesia. Also, the addition of a sixth airframe to the EAF’s inventory means that their budget will be stretched further if they plan to train and fly on all their airframes. Maintaining logistical pipelines for six types of fighter jets is extremely expensive, and training budgets will likely suffer.