Russian Gun DNA: How American M4 Rifles Are Inspiring Redesigns of the AK-47 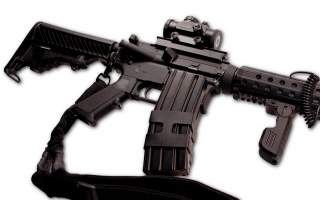 Key Point: The Russians are upgrading their rifles with "Picatinny" rails.

Charlie Gao studied political and computer science at Grinnell College and is a frequent commentator on defense and national-security issues. This piece was originally featured in December 2018 and is being republished due to reader's interest.