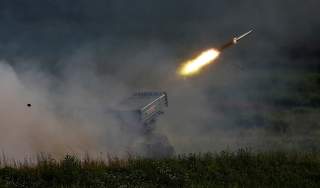 New weapons invariably have bugs that don't reveal themselves until combat. While in hindsight, someone should have realized that Russia's climate is different from Syria's, that what combat testing is for

Why? Because parts of Syria are desert, and Russia lacked experience with designing weapons for such climates.

"I will not hide it: various flaws were found in real combat conditions," Obsonov said. "For us, the Syrian campaign has become a serious test."

Obsonov said he tried to convince the Russian military to use smart bombs instead of unguided bombs. We did not have the cheapest weapon compared to free-fall bombs. We were told that the gravitational [unguided] bomb is quite effective thanks to a new method of targeting. And I had to argue! Tables, coordinates—it's all good. It is possible to make aerodynamic tables correctly, but with a strong wind such a bomb can be off by several hundred meters, because it does not have a correction system.

"Therefore, it was not possible before Syria to test products, for example, with a laser homing head in such conditions," Obsonov said. We did not assume that the illumination due to mirages could 'float away.' The principle of operation of a laser weapon is: there is a target light. The head sees the reflected laser signal and is induced at the point of reflection of the signal. Under ideal conditions, a laser weapon is considered the most accurate weapon, but its range depends largely on the transparency of the atmosphere.

"The more complex the weapon, the more one had to think why something went wrong," Obsonov added. "Why, under ideal conditions, the defeat of the target occurs regularly, and suddenly it does not."

Much like how Vietnam or the Middle East wars have been testing grounds for U.S. arms, Russia has been using the Syrian Civil War to check out its weapons in combat, including warplanes, helicopters, robot tanks and missiles. For example, Russia is modifying its helicopters based on experience in Syria. "Military specialists would like the weapons’ range to be increased and helicopters’ parameters improved, certain systems and components to be duplicated and the time needed to ready helicopters for flight reduced," said Russian news agency TASS.

"There are dozens of such amendments," Andrei Boginsky, CEO of manufacturer Russian Helicopters, announced. "They are different and concern the design of the aircraft, the weapons they carry, the onboard defense systems, the weapons control systems and the possibility of using unified weapons identical to those carried by Ka-52 and Mi-28N."

New weapons invariably have bugs that don't reveal themselves until combat. While in hindsight, someone should have realized that Russia's climate is different from Syria's, that what combat testing is for