A Russian Navy Aircraft Carrier Killer Submarine Went Down in 2000. Here's Why. 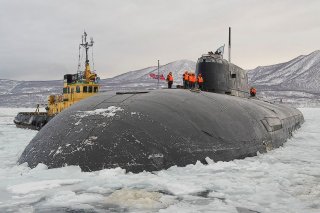 Here's What You Need To Remember: In the end, the sinking of the Kursk appears to have been caused by a simple, freak accident of chemistry. The tragedy only reinforces how dangerous life aboard a submarine really is, and how important safety is in the underwater realm.