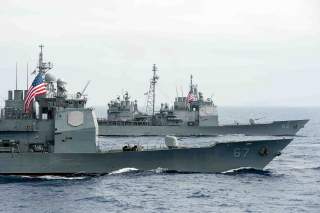 After Russian and American warships nearly collided in the East China Sea on Friday, both countries were quick to accuse the other of "dangerous and unprofessional" behavior, according to a June 7 report by Reuters.