Russian Snipers Can Now Kill You with Hypersonic Bullets 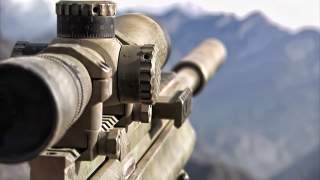