The Russian T-90 Tank Is Getting a Major Upgrade 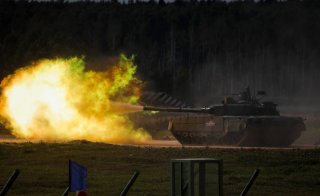