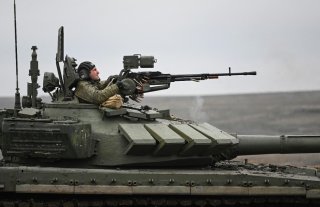 Mykhailo Podoliak, a supervisor at the nuclear plant, claimed that Russian troops had occupied the power plant and the surrounding areas. He noted that the condition of the power plant and the concrete sarcophagus containing its damaged reactor was unknown, warning that the humanitarian consequences could be dire if the radioactive waste was allowed to spread across Eastern Europe. An Associated Press report warned that one of the radioactive waste repositories present at the site had been hit by Russian artillery shells, raising concerns about the area’s safety.

Prior to the Ukrainian retreat from Chernobyl, President Volodymyr Zelensky said that Ukrainian troops had fought at the site to ensure “that the tragedy of 1986 will not be repeated.” White House press secretary Jen Psaki claimed during a scheduled press briefing that the United States had received “credible reports” indicating that workers at the power plant had been taken hostage by the Russian military.

Chernobyl is roughly eighty miles north of Kyiv, which is believed to be the chief target of the Russian forces invading from Belarus. Intelligence reports collected by the United States revealed that Russian troops had proceeded south, seeking to surround and cut off the capital city. Moreover, intelligence suggests that Zelensky’s government would be hard-pressed to defend the city, largely due to weaknesses created by constant Russian airstrikes against Ukrainian defenses. Some projections have suggested that the city could fall within ninety-six hours, although it is difficult to predict any developments with certainty because of the complex conditions on the ground.

The Russian Defense Ministry claimed that Russian missiles and aircraft had destroyed eighty-three “above-ground military facilities” since the start of the bombing campaign early Thursday morning. Targets have included the eastern cities of Kharkiv, Kramatorsk, and Mariupol, in addition to Kyiv.

Ukraine’s leadership has acknowledged the possibility of a Russian seizure of Kyiv and has made contingency plans to move the government if needed, according to Newsweek.

A plane was shot down over Kyiv early on Friday morning, with various sources describing it as either a Russian or Ukrainian fighter jet that was downed by hostile anti-air defenses.