Is Russia's 100-Megaton Nuclear Torpedo More Trouble Than Its Worth? 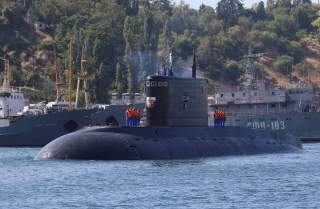 Key Point: The development of new weapons systems may benefit the military-industrial complex, but they don't benefit the safety of Russians or Americans.

Lyle J. Goldstein is Professor of Strategy in the China Maritime Studies Institute (CMSI) at the United States Naval War College in Newport, RI. You can reach him at [email protected]. The opinions in his columns are entirely his own and do not reflect the official assessments of the U.S. Navy or any other agency of the U.S. government. This first appeared last year.