Russia's AS-31 Losharik Spy Submarine Is Making a Comeback 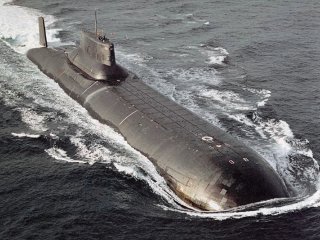 The Russian Navy is well known for its expansive roster of strategic and attack submarines. Less conspicuous, but no less important, are its special-purpose vessels. Of these submarines, none have garnered the infamy of AS-31 Losharik.

Losharik has its roots in a late 1980s Soviet initiative to design a modern special operations submarine, partly to succeed the Kashalot and X-Ray classes. In keeping with its unique purpose, the submarine project was carried out with the utmost secrecy. But, as with many ambitious late-Cold War Soviet military projects, funding for the submarine dried up in the years following the Soviet collapse—for a cash-strapped Russian Navy, the submarine’s role was apparently too niche to justify its cost. The Losharik project was resumed in the early 2000s, being launched in 2003. Losharik, or AS-31, has since entered the service of the Main Directorate of Deep-Sea Research, or GUGI. Technically a separate organization from the Russian Navy, the GUGI heads Russia’s deepwater intelligence-gathering efforts. These are thought to include classified ocean-related research and operations involving unmanned underwater vehicles, though the GUGI’s exact duties and operational history remains tightly under wraps.

Powered by one nuclear reactor, Losharik has a displacement of under one thousand tons and is believed to be around seventy meters long. As observed by submarine expert HI Sutton, Losharik’s body is spread out across seven spheres, or orbs. Inconvenient as they are for the crew (thought to consist of twenty-five people), these spherical hulls allow the submarine to operate at increased depths. Losharik’s precise layout remains a topic of speculation—Sutton surmises that the rear orb likely houses the motors, while the batteries should be closer to the front. Losharik is hosted by a converted Delta III submarine, as well as the Delta IV submarine Podmoskovie. Losharik was based in Olenya Guba, also known as Deer Bay, near the Kola Peninsula, a submarine hub belonging to Russia’s Northern Fleet.

What does all this mean? Losharik is a special boat, manned by an elite crew and meant for a bespoke purpose. It is widely believed to be among Russia’s most advanced special-purpose submarines.

This makes the 2019 fire all the more tragic. Fourteen crew members died that year after inhaling combustion products. Russia’s Defense Minister Sergei Shoigu later claimed that Losharik was saved from sustaining irreversible damage “thanks to the self-sacrificing actions of its crew,” who reportedly sealed themselves off to prevent the fire from spreading across the submarine. All of the fourteen crew members received posthumous awards, with four being awarded Hero of Russia medals—Russia’s highest honorary title. It has since been revealed that the fire was triggered by an explosion in the battery compartment, though the underlying cause of the explosion remains unclear.

Russian authorities announced last year that Losharik would return to service after undergoing full repairs. Moscow has not issued any updates on the state of the repair process.